37+ Brutal Dark Jokes for The Most Twisted & Morbid Minds

For example, they might make fun of serious stuff like death, murder, wars, and so on. However, they can also involve more lighthearted subjects such as race relations/racism, gender issues, or disabilities.

Why are they so funny?

First of all – they challenge the way you think about things!

You’re likely to find them surprising and unusual in some ways, which makes it impossible not to laugh (or at least smile). The dark humor jokes based on controversial topics tend to get a lot easier after people have had time to process their feelings about the uncomfortable topic.

In other words: when everyone has calmed down from whatever happened before the joke was made, there is less tension in the room, and it’s easier to laugh about it.

After all, that’s what you are here for – to laugh! So, without further ado, let’s take a look at our favorite dark jokes that are guaranteed to giggle like a mad person!

Safe to say, if you get offended easily (or at all, for that matter), you won’t like some of the jokes here. Just remember:

Dark humor is like food. Not everyone gets it.

Nevertheless, here are our favorites:

1. Who are the fastest readers in the world?

2. They say there’s safety in numbers. Tell that to six million Jews.

3. What did the blind and deaf orphan child get for Christmas?

4. I dated a girl, and I didn’t know she was previously in an abusive relationship.

5. A man went into a library and asked for a book on how to commit suicide. The librarian said:

F*ck off! You won’t bring it back.

6. What’s the first thing you should do if an epileptic is having a seizure in the bathtub?

Throw in your dirty laundry.

7. Say what you will about pedophiles. At least they drive slowly through school zones.

8. I have a stepladder because my real ladder left when I was just a kid.

9. What’s the difference between a fetus and a jar of pickles?

The pickles aren’t as tasty in a jar.

10. Have you ever tried Ethiopian food?

What doesn’t kill you makes you stronger.

12. What’s the difference between an ISIS training camp and a Pakistani elementary school?

I don’t know, man. I just fly the drone.

14. How do you make the world’s greatest Harlem Shake?

Throw a flashbang into a room full of epileptics.

15. Don’t you hate it when you are driving in a school zone, and the speedbump starts screaming?

16. What’s the difference between a baby and a baked potato?

17. What do my dad and Nemo have in common? They both can’t be found.

18. Why was the leper hockey game canceled?

There was a face off in the corner.

19. What is the worst combination of illnesses?

Alzheimer’s and diarrhea. You’re running but can’t remember where. 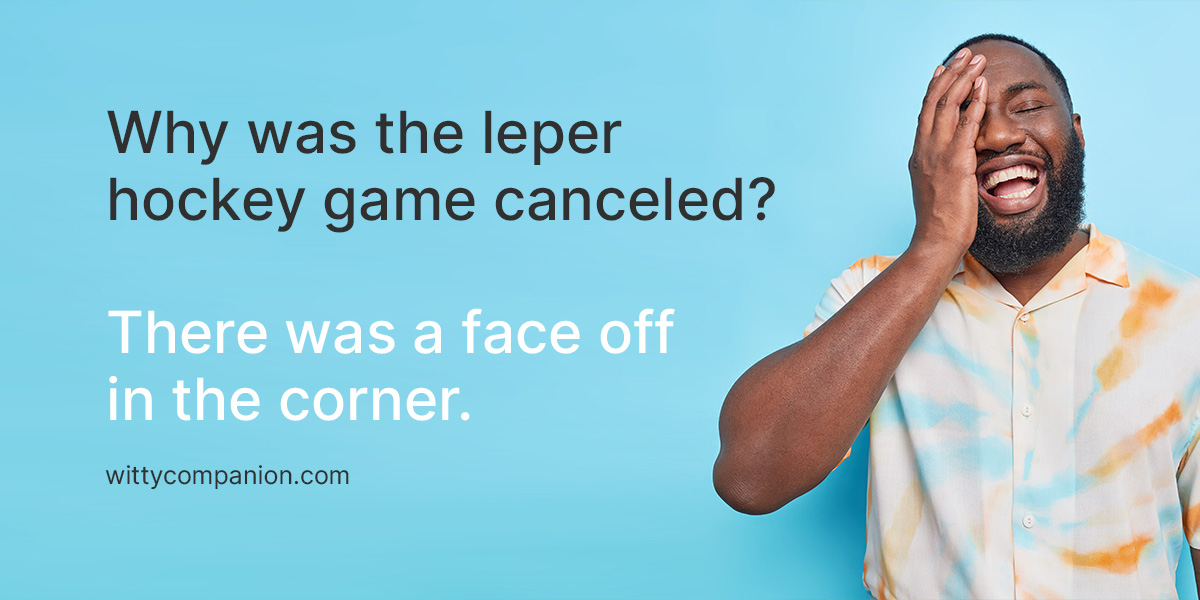 Let’s continue with some wordplay jokes:

21. I was reading a great book about an immortal dog the other day. It was impossible to put down.

They don’t know where home is.

23. Did you hear about the guy who got his left side chopped off? He’s all right now!

24. Just like a little boy with cancer, dark humor never gets old.

25. What’s the hardest part of a vegetable to eat?

Then bring me the one my wife made.

28. I was in ancient Rome listening to a stand-up comedian making fun of Caesar. The jokes weren’t that good, but I liked the execution.

29. I started crying when dad was cutting onions. Onions was such a good dog.

30. What do you call a cheap circumcision?

31. I like to spend my weekends playing chess with old men in the park. It’s not easy. You try finding thirty-two old guys.

Because they taste funny!

Which is lucky because he stepped on a landmine. 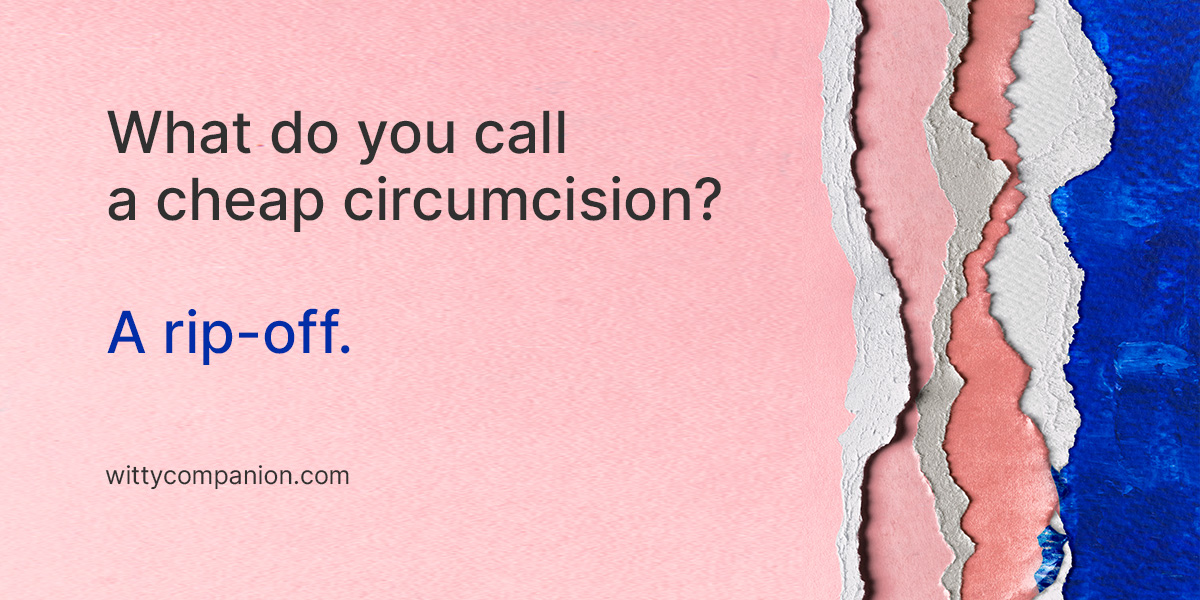 34. Sometimes, one-liners and short Q&A jokes are not enough. In such situations, here are the best longer dark jokes you can tell:

A man and a little boy are walking through the woods one night. The boy turns to the man and says:

“You’re scared?” replies the man. “I’m the one who’s gonna have to walk all the way back to the car by myself.”

35. There was once a missionary preaching in a small African tribe. The people there loved him, and every day more were converted.

But one day, a white baby was born to one of the women in the tribe. The chief immediately sent for the missionary and demanded to know why he had broken the commandments he had so lovingly taught to his people.

The missionary, having been a devout Christian his entire life, asked to see the child. Upon viewing the baby, it became clear that this baby was an albino.

The missionary attempted to explain this to the chief, saying:

“Chief, this child suffers from a condition of the skin which changed its color to white. As an example, look upon your flocks of sheep. All are white, except for one which is black.”

The chief cuts him off, saying:

36. A guy was walking to a bar. On his way, he found a girl tied up to the railroad tracks. He untied her, and they ended up fooling around.

The guy gets to the bar, and his friends ask why he’s so late. He tells them about the girl he found and all the different positions they tried out.

The friends give him props and ask if he got head. The guy replies:

I couldn’t find it.

37. A man goes to the pharmacy and says:

I need condoms for my 12-year-old daughter.

Is your daughter really engaging in such activities?

38. A woman delivers a baby. The doctor takes the baby and throws it, smashing around the hospital room, drop-kicking it, etc.

The mother starts freaking out, being held back by nurses, screaming: WHYYYY!!??

The doctor holds the baby upside down by the ankle and says:

I’m just messing with you! It was born dead.

How much time do I have left, doc?

More Jokes You Will Enjoy:

Now, as always, we would love nothing more but to hear from you:

What is your favorite dark joke that was not on the list?

Let us know in the comments down below right away so we can see just how twisted you are!