If you like drinking out with your friends or just hanging out at the bar on a Friday night, a thought-out arsenal of bar jokes will make your outings much more fun – for everyone involved!

Of course, you will find yourself in many situations where breaking the ice is necessary, and you can never go wrong with a classic joke about someone walking into a bar. And who says these jokes got boring a long time ago? We beg to differ, and our list of the best bar jokes here will prove those people wrong!

On the contrary, we bet you could make a lot of people laugh with ease, no matter how big of a group we are talking about. You might even take a stroll to the New Bulldog bar in Rock Island and have a go. This bar is the longest in the world – it’s a whopping 684 feet (or 208.5 meters) long, so you’ll have a lot of opportunities to practice your jokes! 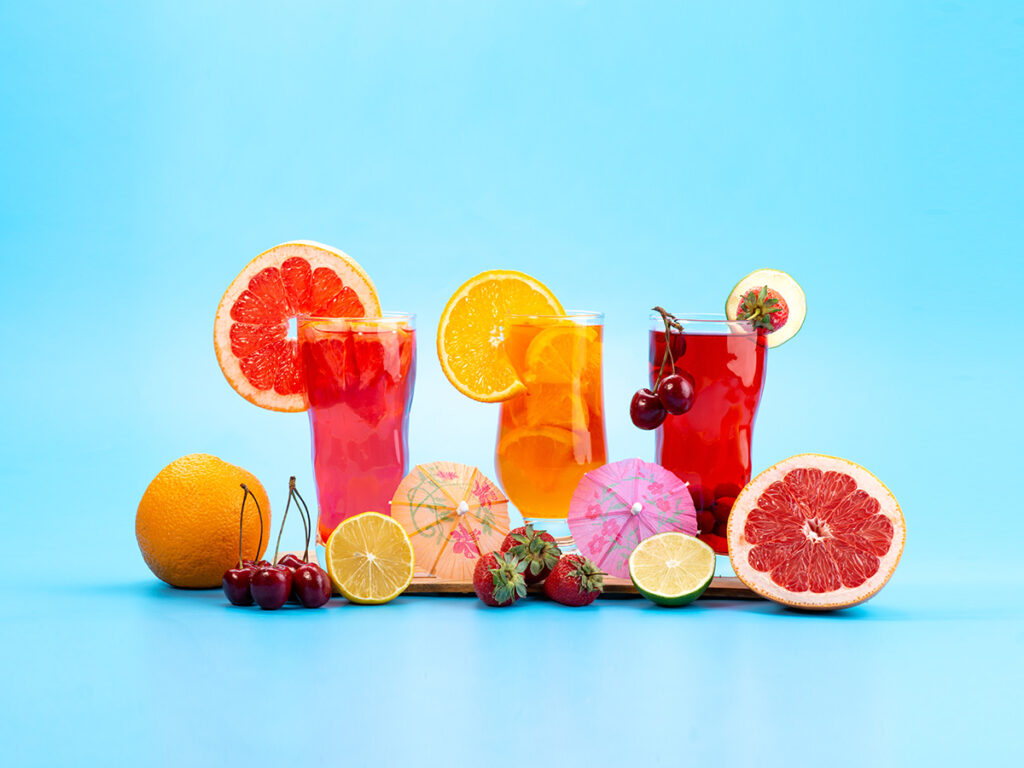 1. A man walks into a bar. As he sits down, he looks up and notices three pieces of meat hanging from the ceiling.

He asks the bartender: What’s with the meat?

The bartender says: You get free drinks for an hour if you can jump up and slap all three pieces at once. If you miss even one, you pay for everyone else’s drinks for the rest of the night. Wanna give it a go?

The man takes another look at the meat and says: I think I’ll pass. The steaks are too high.

2. The past, present, and future walk into a bar.

3. Two dragons walk into a bar.

The first one says: It sure is hot in here.

His friend snaps back: Shut your mouth!

The bartender asks: Why did you do that?

And the guy replies: Well, the first shot always tastes like crap, and the last one always makes me sick!

5. A screwdriver rolls into a bar.

The bartender says: Hey, we have a drink named after you!

The screwdriver answers, shocked: You have a drink named Philip?

7. An infinite amount of mathematicians walked into a bar. The first ordered a pint; the second ordered half a pint; the third ordered one fourth of a pint, etc. The bartender eventually walked up, gave them two pints, and said: You mathematicians don’t know your limits.

8. An oxymoron walks into a bar, and the sound is deafening.

9. A man walks into a bar and sees his friend sitting beside a 12-inch pianist. He says to his friend: That’s amazing. Where did he come from?

The friend pulls out an old lamp and tells him the genie inside will grant him one wish. The man rubs the bottle, and to his amazement, a puff of purple smoke spews out and slowly collects in the form of a genie. The genie tells the man he has but one wish in a booming voice.

The man thinks and says: I wish I had a million bucks.

Suddenly, the bar is filled with ducks, bursting from the door and windows, standing on top of the bar, dunking their heads into people’s drinks.

What just happened?! – the guy asks.

His friend replies: I know. Did you really think I wanted a twelve-inch pianist?

10. Three vampires walk into a bar.

The first one says: I’ll have a pint of blood.

The second one says: I’ll have one, too.

The third one says: I’ll have a pint of plasma.

The bartender says: So, that’ll be two bloods and a blood lite?

11. A crab walks into a bar and says: I’ll have a pint, please, but I’d like to be compensated with ten bottles of champagne if I’m not satisfied with it.

The bartender says: Why the big clause?

Hey, I’ve got a great new joke for you! – the barman says.

The NSA smiles and says: Heard it.

13. A gorilla walks into a bar and says: A scotch on the rocks, please.

The gorilla hands the bartender a $10 bill. The bartender thinks to himself how this gorilla doesn’t know the prices of drinks and gives him 15 cents change.

The bartender says: You know, we don’t get too many gorillas in here.

14. A mushroom walks into a bar and orders a drink, but the bartender yells at him to get out before he stinks up the place.

The mushroom looks taken aback and says: Why? I’m a fun guy.

15. A French man walks into a bar with a cat on his shoulder. The cat is wearing a little baseball cap.

Hey, that’s neat – says the bartender – Where did you get that?

France – the kitty says – They’ve got millions of them! 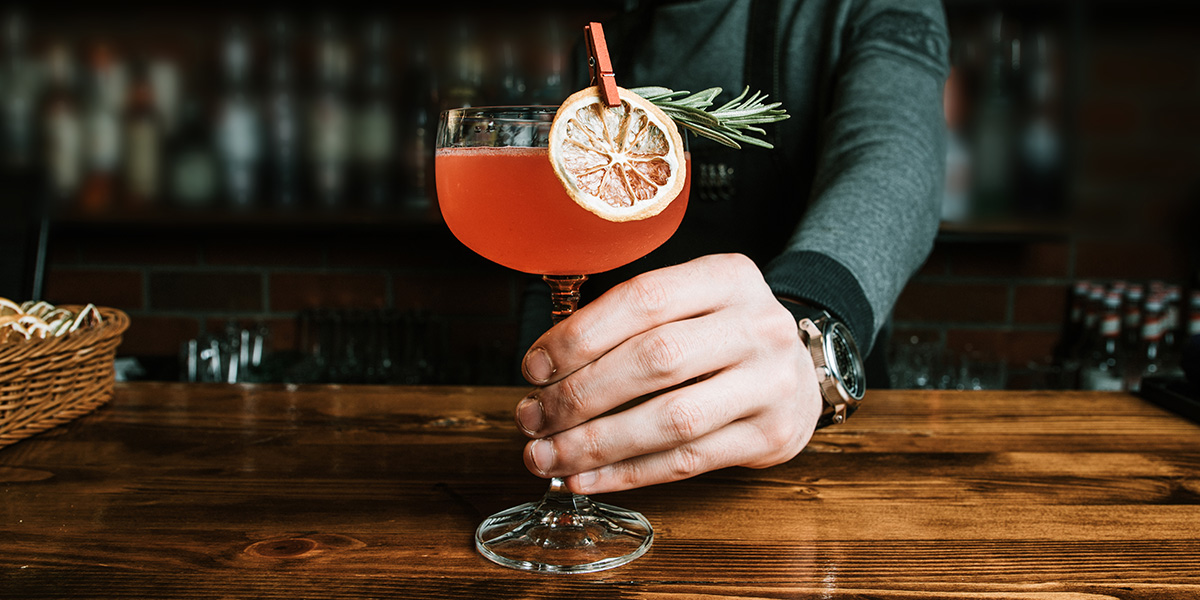 16. A guy walks into a bar after a long day at work and orders a drink.

As he sits there, thinking about his day, he hears a high-pitched voice say:

That shirt looks great on you!

The man looks around, sees nothing, and returns to his drink, thinking nothing more of it.

But then, a moment later, the voice returns, this time offering:

Again, the man looks around, sees nothing, and returns to his drink, wondering if he should get checked out by a professional. Finally, when his nerves have cooled, and he believes the voice is gone, he hears:

I bet your parents are really proud of you!

He slams down his drink and looks around wildly. Frustrated and finding no possible source of the voice, he calls over the bartender. He says:

Oh, those are the peanuts – the bartender replies – They’re complimentary.

17. A panda walks into a bar. He gobbles some beer nuts, then pulls out a pistol, fires it in the air, and heads for the door.

Hey! – shouts the bartender, but the panda yells back:

Sure enough, the definition of panda was:

A tree-climbing mammal with distinct black and white coloring. Eats shoots and leaves.

Get out! – shouts the barman – We don’t serve your type here!

19. A guy goes onto a rooftop bar and sits next to a guy who says he’s drinking a magical drink. He asks:

What’s so magical about it?

The guy gets into his car, starts it, and flies it around the rooftop. Amazed by what he saw, the other guy tries to do the same after a sip of the magical drink but falls and dies.

The bartender shakes his head and says:

20. A five-dollar bill walks into a bar, and the bartender says:

Hey, this is a singles bar. 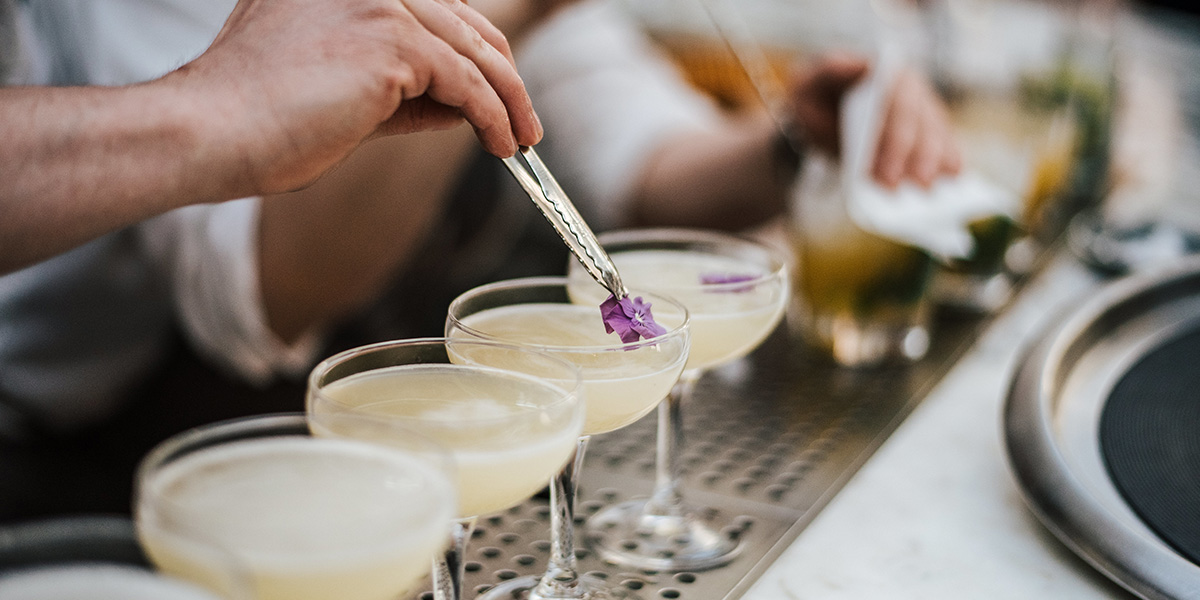 21. A malapropism walks into a bar, looking for all intents and purposes like a wolf in cheap clothing, muttering epitaphs and casting dispersions on his magnificent other, who takes him for granite.

22. A dangling participle walks into a bar. Enjoying a cocktail and chatting with the bartender, the evening passes pleasantly.

23. A cowboy walks into a bar. His hat is made of brown wrapping paper, his shirt and vest of waxed paper, and his chaps, pants, and boots of tissue paper.

Pretty soon, they arrest him for rustling.

24. An amnesiac walks into a bar. He goes up to a beautiful blonde and says:

So, do I come here often?

25. Julius Caesar walks into a bar and says:

I’ll have a Martinus.

The bartender gives him a puzzled look and asks:

Don’t you mean a Martini?

Caesar replies: If I wanted a double, I’d have asked for it!

26. A neutron walks into a bar and orders a drink.

When the neutron gets his drink, he asks:

Bartender, how much do I owe you?

The bartender replies: For you, neutron, no charge.

27. A man runs into a bar. Panting, he tells the barkeep:

Give me ten shots of your best whiskey — quick!

So the barkeep sets them up, and the man knocks them all back in seconds.

Why are you drinking so fast? – asks the barkeep.

You’d drink fast too if you had what I have. – says the man.

Why, what do you have? – asks the barkeep.

One of them says:

We want a couple of beers, please.

The bartender says – OK, but don’t start anything.

29. Two friends are walking their dogs together. One has a big black lab, while the other has a minuscule chihuahua. They pass a bar, and the lab owner suggests they get a beer.

That would be great, but we can’t take our dogs in there.

The lab owner responds: Watch me.

Then she strolls in with her dog and orders a beer. The bartender tells her:

Sorry, you can’t bring your dog in here.

He’s my seeing-eye dog! – the woman replies, feigning offense. The bartender quickly apologizes and serves her the beer. The other woman follows, her chihuahua in tow, and orders a beer as well. Again the bartender says there are no dogs allowed in the bar.

Yeah, right – the bartender says – A chihuahua? Give me a break.

Without missing a beat, the woman replies: They gave me a chihuahua?!

We hope you had a few laughs reading our list. Now, it’s your turn! We would love to hear your favorite bar jokes in the comments below.

Thank you for dropping by, and see you in the next post!