55 Funniest Beer Jokes – Careful Not to Spill Your Drink!

Hold our beer, friends; we got a few jokes to tell you.

These beer jokes will make you the dad of the group in your next boy’s or girl’s night out. The more you read and laugh, the more enjoyable the happy hour will be!

As long as you drink responsibly, grab a beer, and let’s dive right into our list. 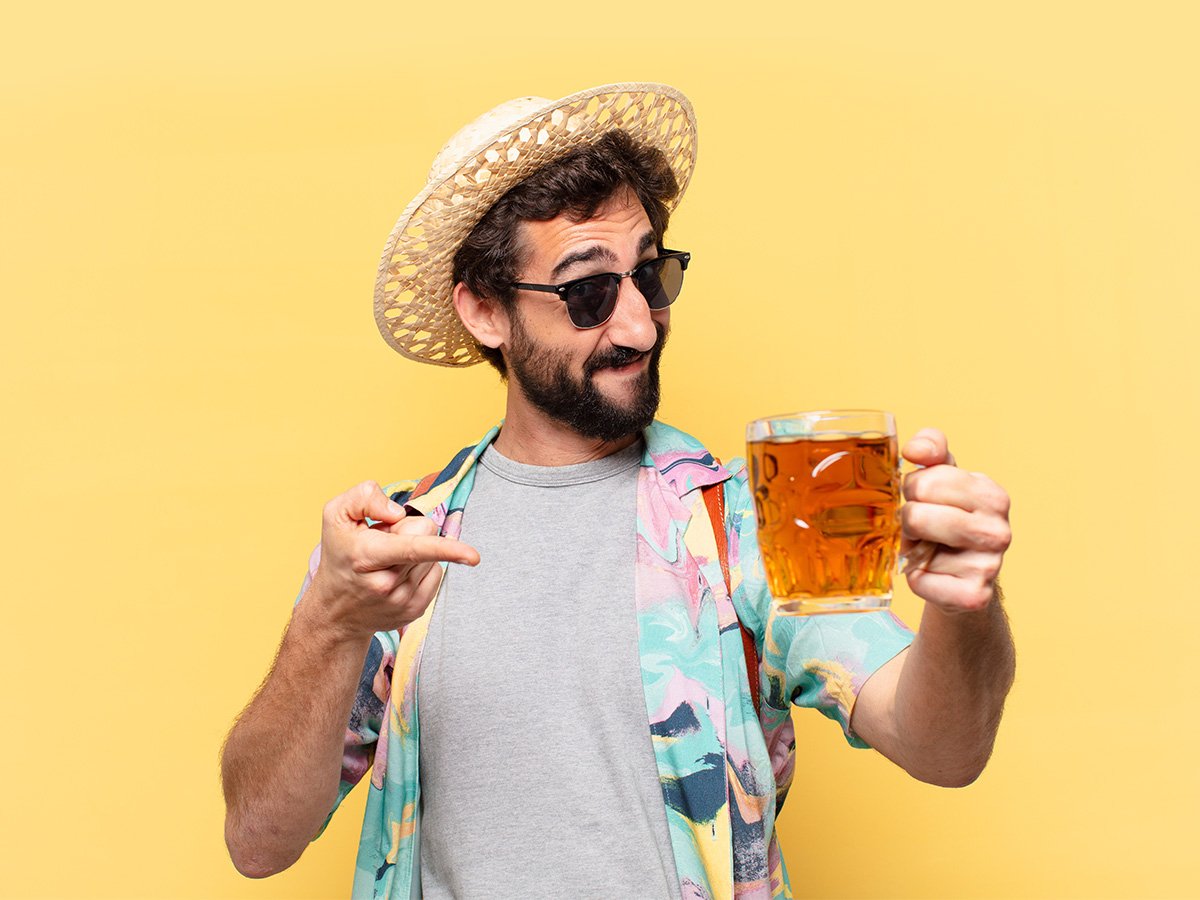 2. A Roman walks into a bar. He holds up two fingers and says:

Give me five beers.

3. You shouldn’t drink beer every day. That’s why I only drink at night.

4. What does a skeleton order at a bar?

A beer and a mop.

5. Beer gives me a reason to wake up every afternoon.

6. Remember, it’s only a beer commercial. That kind of happiness may not be attainable.

7. Spilling a beer is the adult equivalent of a kid dropping an ice cream.

8. Why should you never serve beer at a math party?

Because you can’t drink and derive.

9. Did you know if you say beer can with an English accent, it comes out as bacon in a Jamaican accent. Go on, try it.

10. A neutron walks into a bar and asks:

How much for a beer?

For you? No charge!

11. What do you never say when pulled over by a policeman?

Sure, let me grab my license. Can you just hold my beer for a second?

Hold my beer and watch this.

14. What did the bottle write on the postcard?

I wish you were beer!

15. Beer doesn’t have many vitamins, that’s why you have to drink lots of it.

17. Life and beer are very similar. Chill for best results.

18. Never look at your beer as half empty. Look at it as halfway to your next beer.

19. You can’t find happiness at the bottom of a beer. Obviously, who is happy when their beer runs out?

20. What is the definition of a balanced diet?

A beer in each hand. 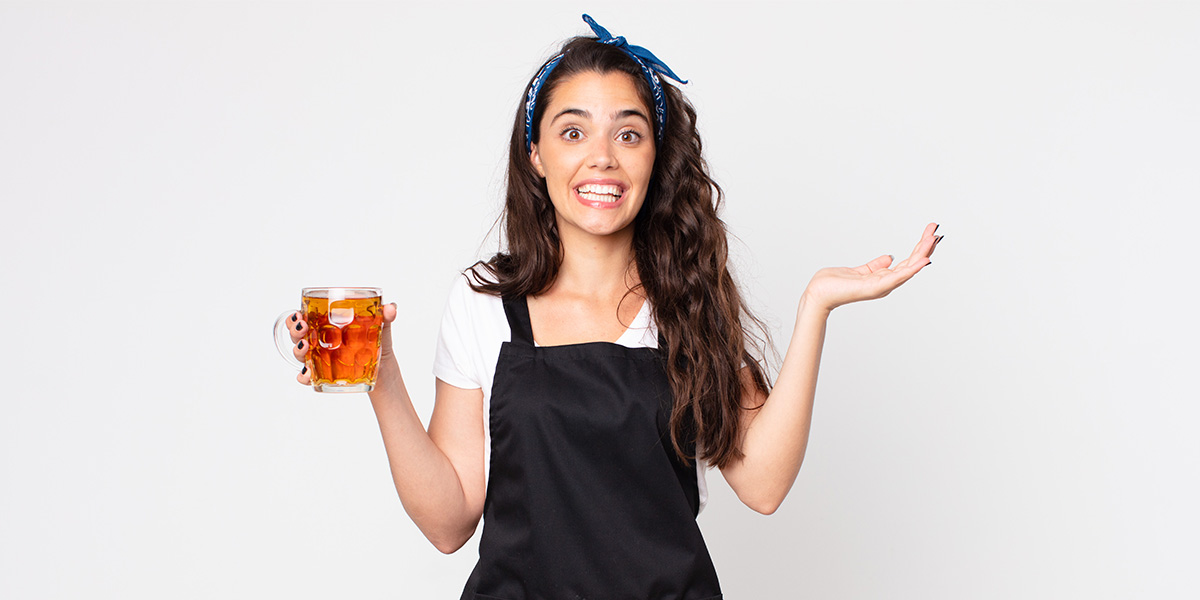 22. What is an orphan’s favorite beer?

24. How does a man show that he is planning for the future? He buys two cases of beer.

27. If God hadn’t intended us to drink beer, he wouldn’t have given us stomachs.

28. This beer tastes like I’m not going to work tomorrow.

30. What did the beer sing on the beach?

31. Stop trying to make everyone happy. You’re not beer.

33. How do you know if someone likes craft beer?

34. Spilling a beer is the adult equivalent of losing a balloon.

35. Guy walks into a bar, orders a beer. As the bartender hands it to him, the guy realizes he really has to take a leak urgently. However, the bar is crowded, and he doesn’t want to leave his full beer on the bar because he’s afraid someone will drink it.

After a sudden burst of inspiration, he pulls out a small pad of paper and writes on it: “I spit in this beer.” Putting the note on the beer, he heads off to the bathroom.

When he returns, he’s delighted to see his full beer still sitting there with the note. Upon closer examination, though, he sees that someone has written on the note: “So did I.”

36. How does a man show that he is planning for the future?

He buys two cases of beer.

37. Hey bartender, I need a beer. I’ve got way too much blood in my alcohol system.

38. Roses are red, violets are blue. Poems are hard. Beer! 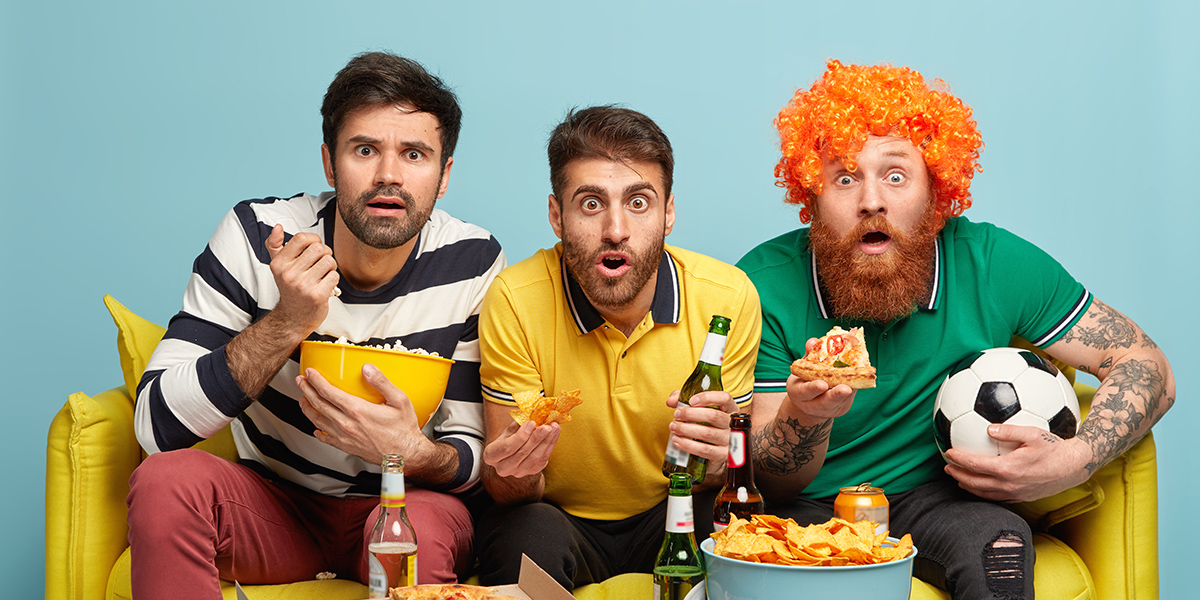 39. When my friend fell asleep at the bar, I poured ale at him. It was a brewed awakening.

41. Beer and life are best enjoyed the same way. Chilled.

43. What does a man consider a seven-course meal?

A hot dog and a six-pack of beer.

44. Two frat boys were stranded at sea on a lifeboat. On the 4th day, a mermaid came out of the water and offered them one wish to save their lives.

The frat boys thought about it, and one shouted out, “I wish the ocean was a sea of beer.” And it happened.

A little while later, the other one shouted, “Great, now we have to pee in the boat!”

45. Life is just a little bit more honest after half a dozen beers.

46. Sign outside a bar: “Buy one beer for the price of two and get your second beer absolutely free.”

47. My man cave has an open door policy. Bring the beer, and I’ll open the door.

49. I’m a beer enthusiast. The more beer I drink, the more enthusiastic I get.

51. Beauty is in the eye of the beer holder.

52. If you don’t drink beer, how will your friends know you love them at 2 am?

53. Funny how drinking eight glasses of water a day seems impossible, but eight beers go down quicker than an elephant on a see-saw.

54. Some people see the glass as half empty. Some see it as half full. I just wonder who in the hell is drinking my beer.

We hope that you have enjoyed our list of funniest beer jokes.

Now, we would love to hear from you.

Drop your best beer jokes in the comments down below.