Why is Millennial Humor so Weird? – The Culture of Memes

Quite often, younger generations tend to laugh at things older gens thought were absurd or, some might say, taboo topics. Just look at the rising popularity of anti-Barney humor or dark humor in general, for example!

Therefore it’s only natural that millennial humor is considered weird by quite a few people. Some would even say that its beauty lies in that weirdness.

Whether you are a millennial or not, have you ever wondered why that is? Why is millennial humor so weird?

Why do millennials have the need to make fun of things in such a peculiar way, and what is up with the so-called culture of memes?

Well, we are about to find that out! So let’s dive into this topic right away! 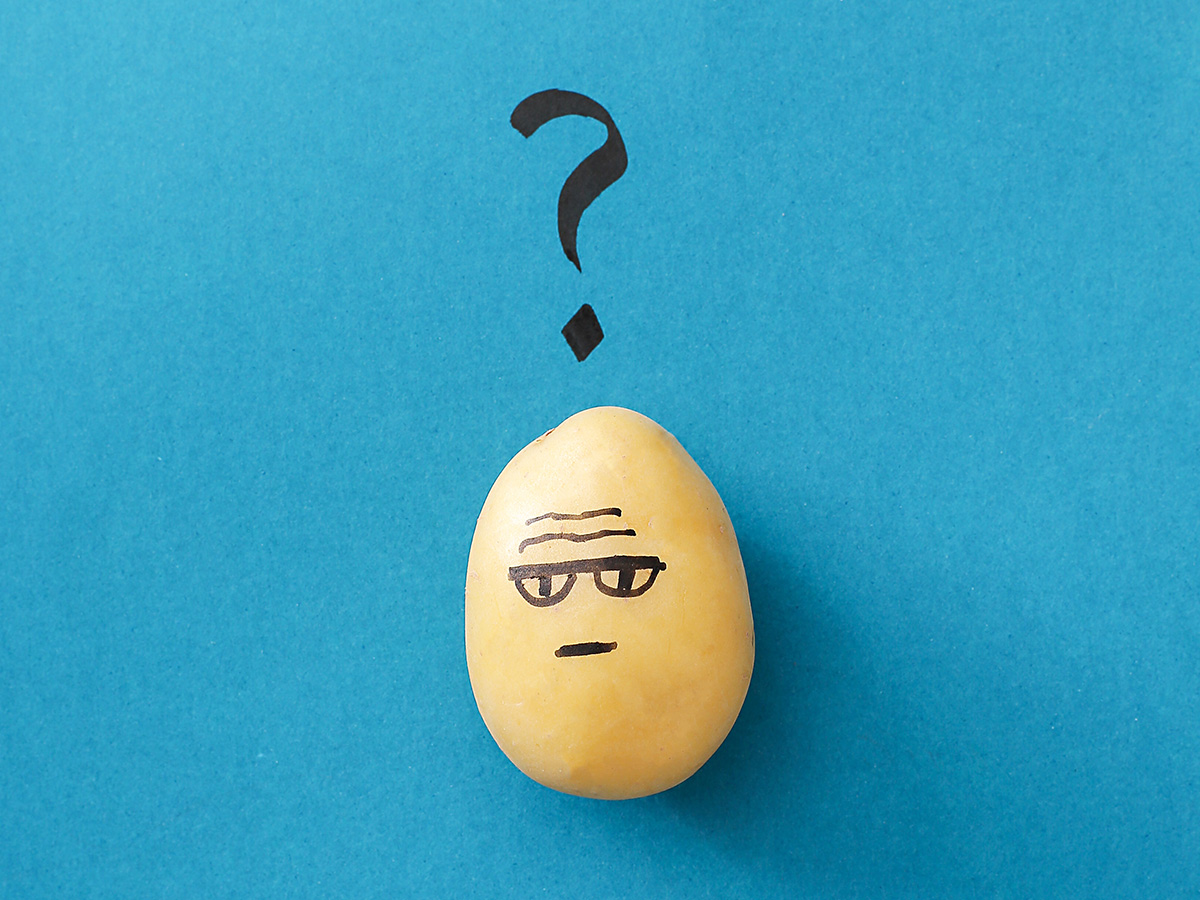 The Real Reason Why Millennial Humor is Weird

Well, unlike the previous two generations, baby boomers and generation X, millennials were brought into a world where the opportunity to have an easier life and a well-paying job after high school is slim.

In case you are struggling with the classification of generations, here is a quick graph: 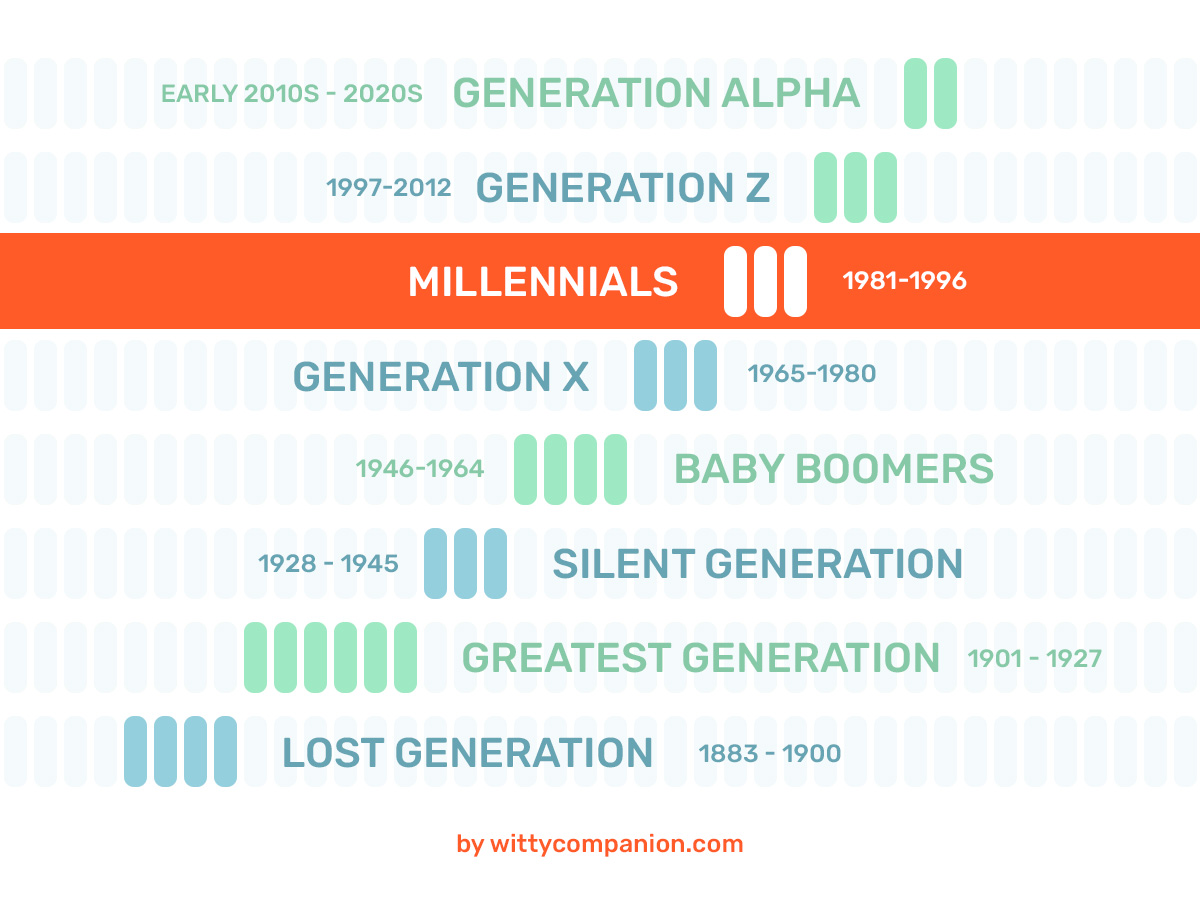 Back to the main point of the article.

In addition to the changing world, many cultural norms and taboos that were shunned and not spoken about in the past have been given the opportunity to come up to the spotlight.

So, it really shouldn’t surprise us that the worsening economic situation and the ever-increasing complexity of life problems at hand had their impact. These circumstances have led millennials and generation Z, after them, to develop a different sense of humor to cope with and mock the current situation in the world and their own lives.

It looks like millennials are the first generation to have been allowed to finally declare the time of death to an outdated and rigid approach to humor.

We cannot even truly say that millennial humor is weird because it’s pretty standard today. It may not be your cup of tea, but it’s still just humor, nothing else.

Of course, some part of baby boomers and generation X may think millennials are lunatics because they joke about things that should not be joked about. But hey, we are evolving, so our sense of humor should evolve as well!

One article, which was published in The Washington Post, says that millennial humor is completely validated. As the millennials have been growing up in a difficult age, between 1981-1995, their sense of humor is rather justified.

Usually, the central theme of the millennial humoristic jokes, as The Washington Post article suggests, is either the way of living, poor living conditions, religion, or family relations. These types of jokes spread widely through newly-published social media platforms and have significantly influenced youngsters.

In fact, many tv shows have started to propagate this unique type of humor, as it can be seen in shows like Rick and Morty, The Simpsons, and most of the newer Netflix TV shows and movies.

But what does the future hold?

Who knows. Millennial humor is surely dominant today but will soon be replaced by an even “weirder” form of humor – the generation Z’s unique look at the world. Just look at our list of funny gen Z jokes and you will have a vague idea.

Like many things have changed, millennial humor isn’t the same as back in the 00s. On the contrary, it has changed a lot.

Generation Z is all grown up now, which means that they also hugely influenced the development and evolution of the meme culture today. Some say that gen-Z’s sense of humor is even more surreal than the millennial one, involving abstract memes and inside jokes which are hard to understand. Still, we will leave the final verdict to you.

If you have been active on any of the social media platforms people use nowadays, there’s no doubt that you have noticed that the gen Z really laughs at almost anything, as long as it’s presented in a funny manner. We invite you to check out ultimate guide to gen Z humor if you want to find out more about it!

The Culture of Memes

Memes are not that different from creative abstract art practices from the 20th century. However, instead of deriving some greater meaning from the art creation, like back in the day, this form of “art” is only there to make you laugh.

Who could predict that absurd pictures and random jumbling of words would be so funny to a younger audience? Still, a big part of the older audience loves memes as well, although some may be reluctant to admit that.

Of course, the meme culture became so popular that the people who are not familiar with some well-familiar memes may feel out of the loop most of the time. Furthermore, memes have even become a borderline necessary thing to look at daily in most people’s lives.

In case you are not so familiar with this phenomenon, you should know that tens of thousands of memes are being created every single day! There are even templates people use to make various modifications of popular memes.

For example, let’s take a look back at the Evil Kermit meme that blew away the internet back in 2016. This is a timeless meme known for having various funny interpretations. And if you are familiar with it, you – are a person of culture.

In general, the meme culture has taken over millennial humor, and now, the rest of the world too.

The whole point of our article was to answer the question:

Why is millennial humor so weird?

We can now clearly see that it was actually considered weird only initially. Now, almost every person on this planet enjoys laughing at memes or watching videos mainly created by the millennials or generation Z. All in all, as it may seem, millennial humor is not really considered as bizarre today as society has widely accepted it.

But no need to worry; your beloved memes will always be around. As they have become a cultural aspect, there’s no chance that anyone could ever forget them.

Do you think millennials have a weird sense of humor? Why or why not?