Can Humor Be a Defense Mechanism? (What Science Has to Say)

One of the strongest assets each and every one of us has in dealing with difficulties life presents is — our sense of humor.

The shield of irony, the cure of laughter, and the two-sided blade of double meaning are handy tools at the disposal of any light-hearted, humorous individual.

But can you truly put these tools to practical use in real life?

Can humor be a defense mechanism?

In today’s article, we answer this question and explore the various purposes a healthy sense of humor can have in our lives. 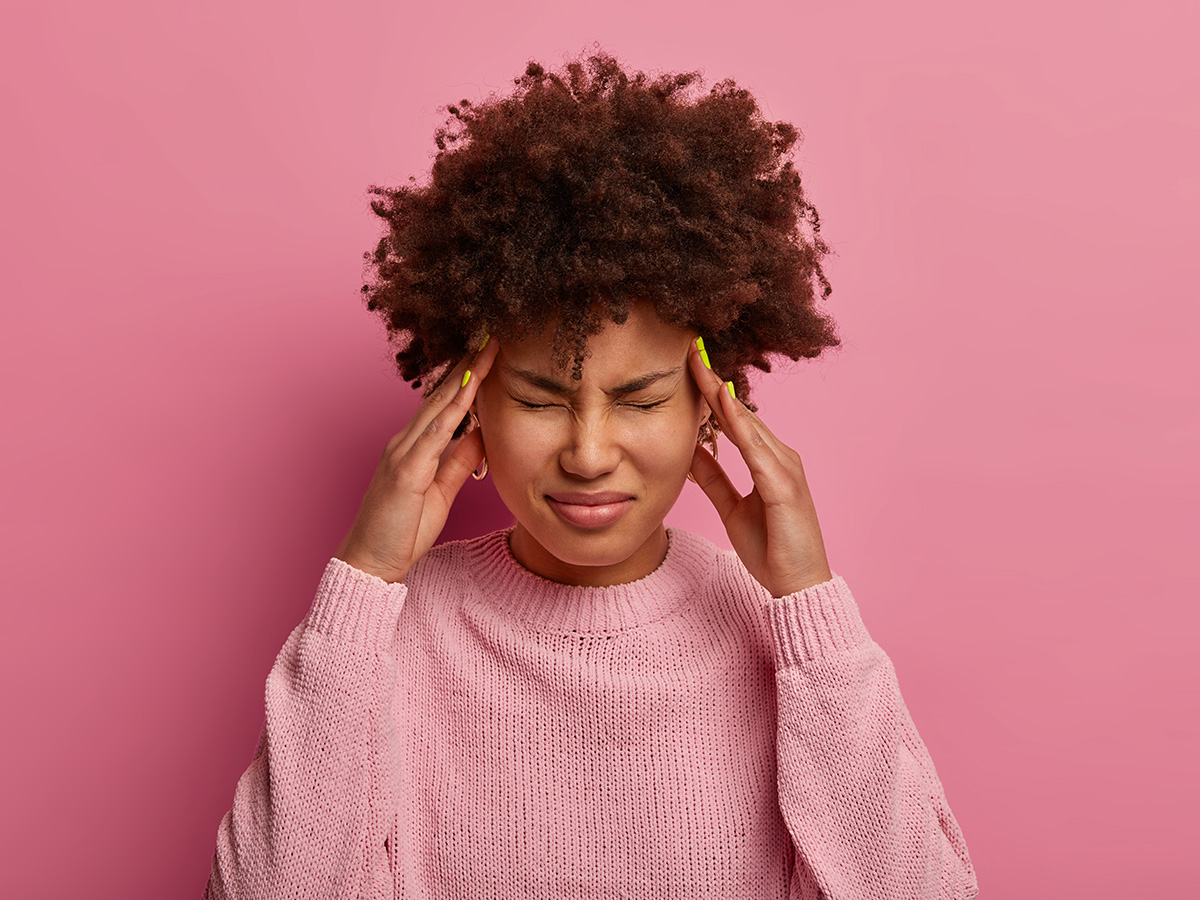 What Is a Defense Mechanism?

Defense mechanisms are any psychological coping methods people use to protect themselves from unpleasant thoughts or feelings.

Defense mechanisms shield our egos, taking off the pressure and making it easier for us to handle challenging scenarios in life.

There are several defense mechanisms a person can use, such as:

All of these can help an individual deal with reality, but not always in a healthy way. In some cases, a person might get too caught up in their specific defense mechanism and start using it excessively, which can become a serious issue.

However, not all of them are bad, and some can even be beneficial in everyday life, as long as you are aware you are using them.

But can humor be a defense mechanism?

Humor as a Defense Mechanism

A sense of humor is needed armor. Joy in one’s heart and some laughter on one’s lips is a sign that the person down deep has a pretty good grasp of life.

One of our favorite quotes about humor talks about it as a necessary armor. The ability to laugh through hardships, look at life with a fresh perspective, and see the silver lining more often goes a long way in figuring out life.

What does that tell us?

Yes, humor can be a defense mechanism, as well as a valuable tool for coping with difficulties. Whether through distraction or as a means of awakening positive emotions, humor can help you deal with adversity in healthy and creative ways.

However, we are confident you will agree that genuinely believing that a stress-inducing situation has a silver lining is challenging, to put it moderately.

Just think about all the times when you have experienced some form of hardship — chances are your first reaction was not to laugh it off.

So should we use laughter as one of our primary coping mechanisms?

Is it really even an effective strategy?

Let’s take a deeper behind the curtains and see what decades of studies have taught us.

What Science Has to Say About Humor 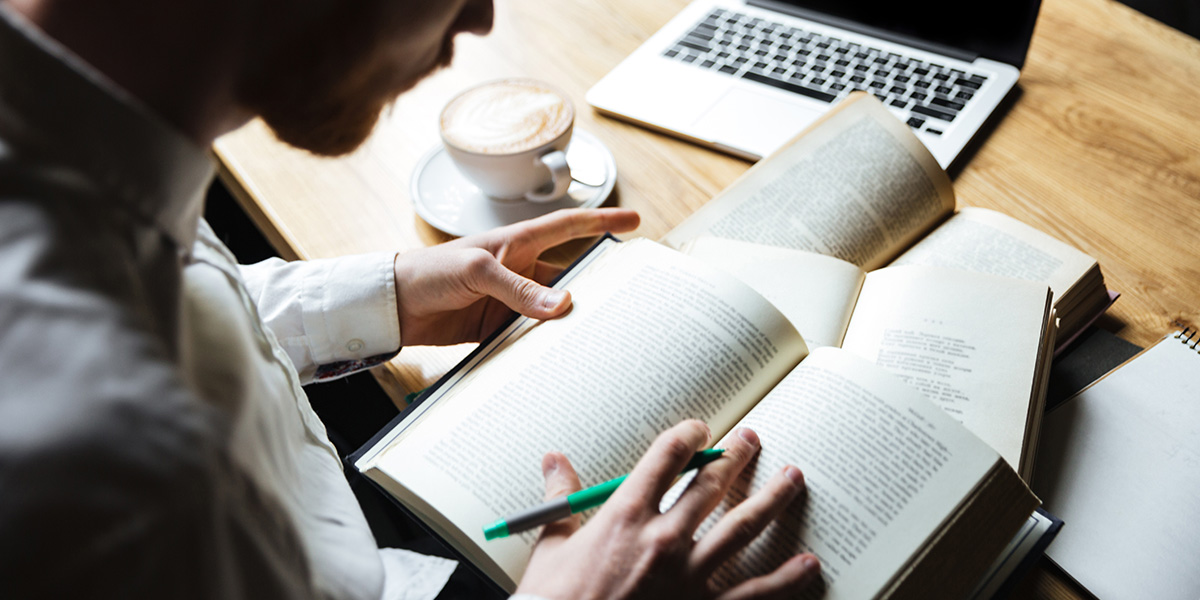 Numerous studies have been done throughout the history of psychology explaining the benefits of humor for our overall wellbeing.

We picked out the most interesting research data we could find, and here are a few interesting insights into the purpose of humor:

Sigmund Freud had a theory that supported the idea that humor can help people deal with adversity through a somewhat simple mechanism.

To put it simply, he proposed that humor can help us relieve the pent-up negative energy by redirecting it to a humorous object. He called this ‘displacement.’

However, he also believed that it could be harmful if overused in the form of self-deprecation (through irony and sarcasm).

Related: What is Self-Deprecating Humor & What It Says About You

A study from 1990 (Herth) showed that 85% of terminally ill patients truly believed that humor was one of the few things keeping their spirits high. They explained that humor helped them remain hopeful, making their incredibly difficult situation easier to deal with.

A Study About Stand-Up Comedians

Samuel Janus was a psychologist who conducted interviews with many comedians over more than ten years.

So, what did he find out?

As it turns out, 80% of the comedians he interviewed had experienced some kind of trauma in their childhood! They found humor as a healthy way of redirecting their negative energy and dealing with their trauma.

However, this shouldn’t be an invitation to generalize and say that all comedians have led difficult lives. Instead, it merely shows how much of a universal coping mechanism humor truly is.

Dark Humor as an Outlet

Another study from 2010 (Rowe & Regehr) showed that medical workers who handle emergencies often refer to dark humor as their outlet for difficult emotions.

This results in dark comedy being more popular amongst people who have to deal with stressful situations every day as a part of their job.

This is far from everything science has been able to reveal about the role humor plays in our lives. However, it paints a picture.

Humor is a universally valuable tool that can help us deal with adversity or simply — make our lives easier.

How Can Humor Serve as a Coping Mechanism? 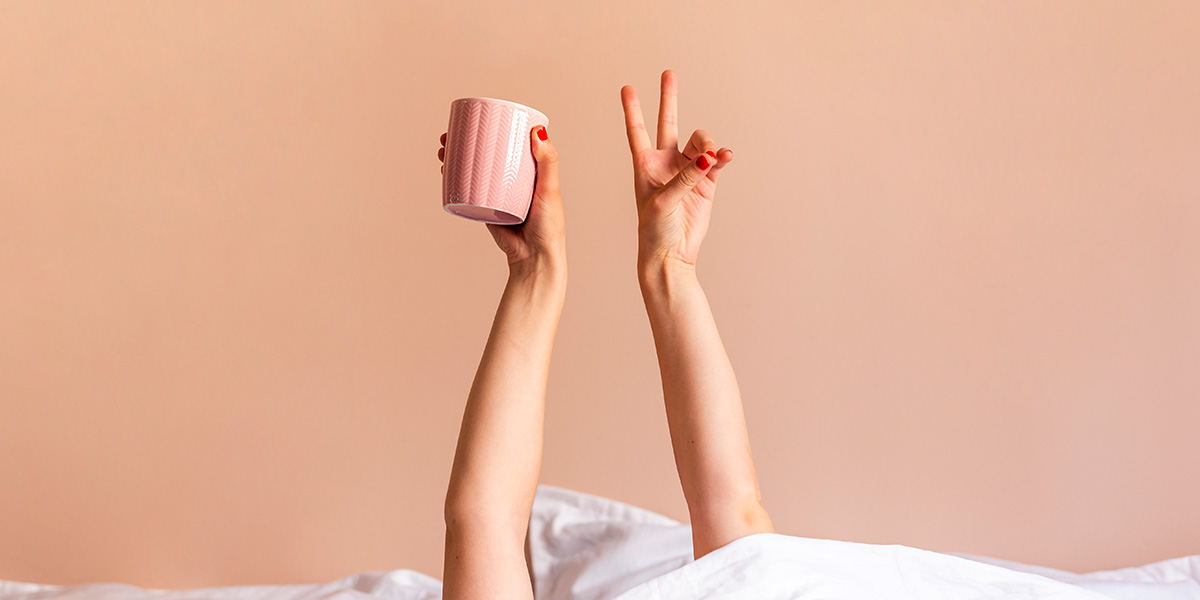 Here are a few ways humor can help you tackle life:

Laughing relaxes muscles and boosts circulation, which allows toxins to leave your body faster after stressful events. This means watching funny videos or reading humorous posts can lower cortisol in our bodies — just like physical exercise does.

#2 – Humor Makes You Relate to People

Laughter also causes people around you to feel closer to you. It helps you experience higher relationship quality with each other.

Watching comedies together creates positive emotions within the group, and we all know we can use a tool for connecting with people easier!

When we are in a positive mood, our brains become more flexible and ready to try new things. This allows us to see situations from different perspectives — something essential when trying to solve complex problems.

Next time you are having a hard time with a creative problem, try finding something that can make you laugh beforehand. You may find yourself able to solve it much more quickly! 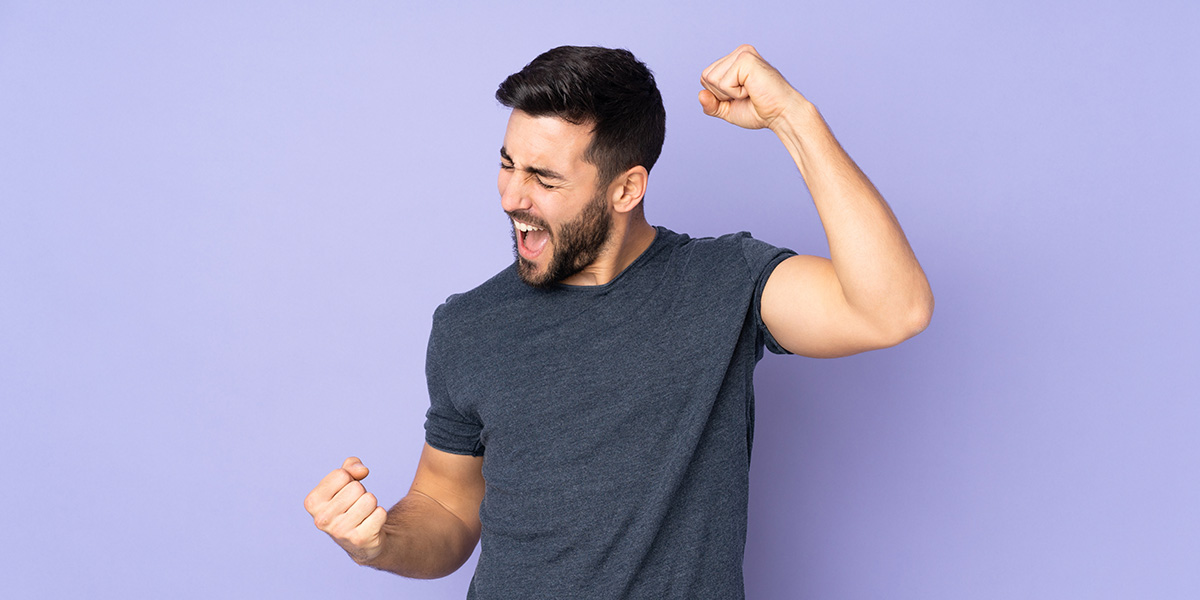 Those who are good at using humor to cope with difficult situations also tend to be more flexible and persistent in pursuing their general life goals.

They can focus better, take things less personally, and bounce back faster than those without the ability to find the funny side of life’s challenges.

Instead of internalizing self-criticism, you can express it in a humorous way. The ability to laugh at themselves is often a trait of very confident people.

However, this doesn’t mean you can use humor as an excuse for being too harsh on yourself. Overusing sarcasm and self-deprecation can be harmful, so you should tread lightly.

It seems that if you want to grow as a person — whether it is your creativity or relationships quality — having an active sense of humor can do just that!

We all need tools we can use when facing hardship. Having healthy coping mechanisms like humor and laughter by your side makes dealing with negative events much more manageable.

Do you find yourself often using humor as a defense mechanism? If yes, how so? 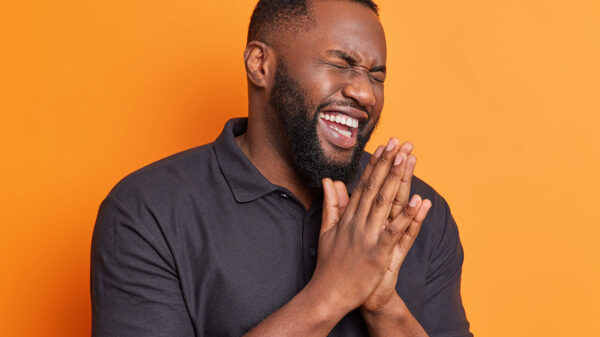 How to Make Someone Laugh – 11 Proven & Hilarious Ways 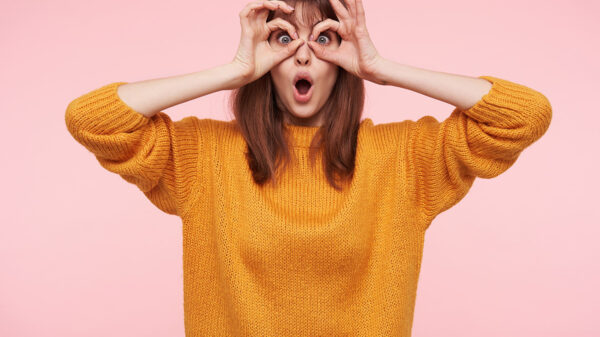 9 Signs You Are Funny – Do People Like Your Sense of Humor? 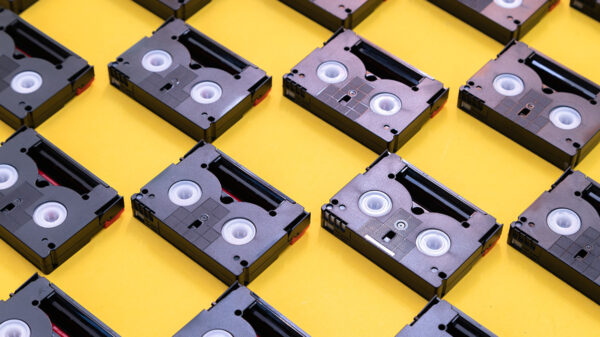 35 Useless Facts That You Never Thought You Needed to Know 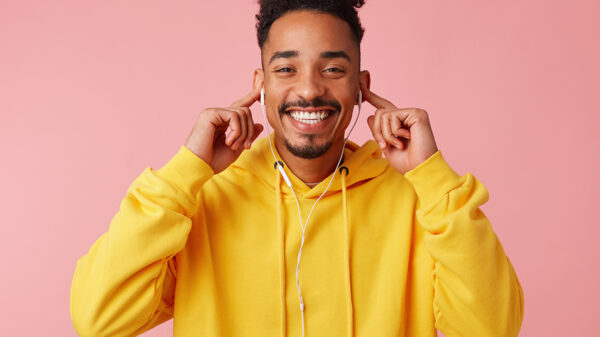 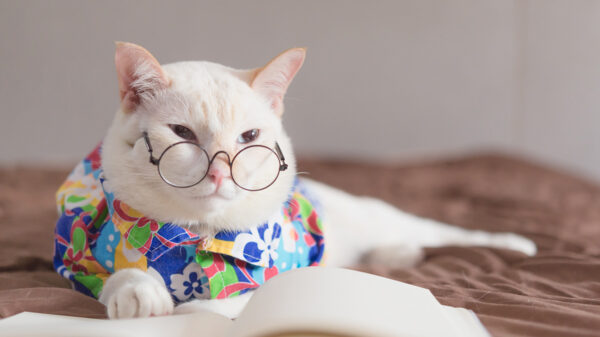 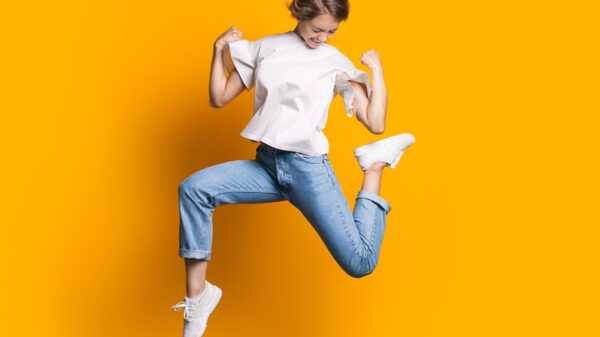