60+ Hilarious And Unique Goat Jokes For Adults And Kids

Goats are social animals and will grow depressed if they live without any goat companions. Also, a baby goat is called a kid, and the goat giving birth is kidding. As you already know, goats are animals who know how to be funny.

If you are looking for some great goat jokes – we goat you!

With all of the fun animals out there, we simply love joke lists. You will have endless fun reading horse, owl, or squirrel jokes and puns.

Without further ado, here is a list of 60+ best goat jokes for your next farm trip. We promise they are not baaaaaad. 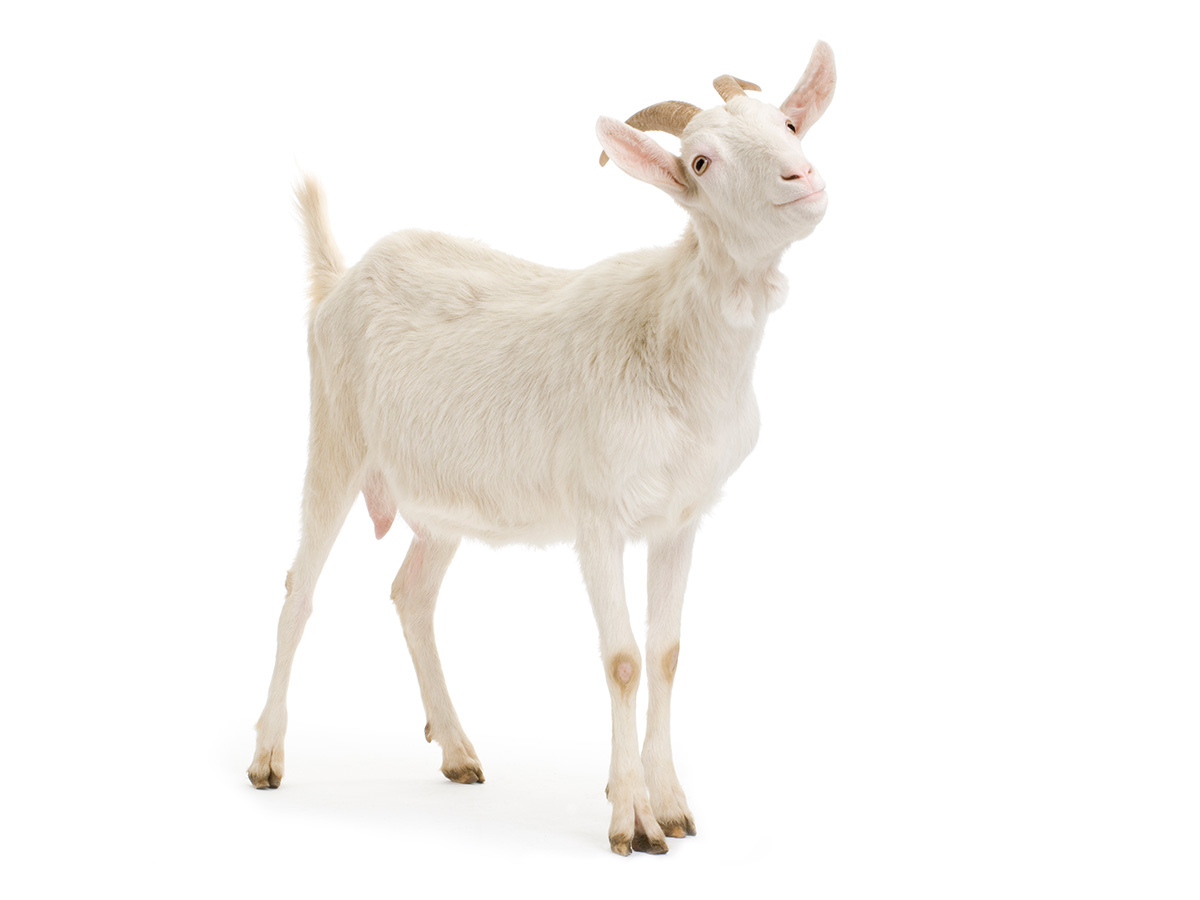 1. What do you call a goat that is foolish and always makes immature decisions?

You have to call them a silly billy!

2. What do you call a goat on a mountain?

It definitely is a hillbilly!

3. What do you call a goat who is a brilliant painter?

It is called Vincent Van Goat!

4. Why is it extremely difficult to have a proper conversation with a goat?

Because no matter what, they will butt in!

5. What kind of drink does a goat drink on a dry sultry summer day?

6. What is the best way to define a goat that lip syncs?

You can call it Billy Vanili.

7. Which is a favorite TV show for all goats where goats often showcase their unique talents?

8. During an election, who do the goats cast their votes in favor of?

9. Which famous musical is loved by goats all over the world?

‘Joseph And His Amazing Technicolor Dream Goat’ is a no-brainer!

10. What do you call a goat who is in charge of an entire university?

You have to call them Billy Dean!

11. What did the little goat say when it was caught playing silly pranks on a large number of sheep?

The kid goat said, “Sorry, it was nothing serious. Just kid-ding!”

12. What is a hot topic of stories among all mountain climbers?

13. What is the perfect way to call a goat that is an outlaw?

You can call him Billy Goat Kid.

14. Which classical musician is an absolute favorite artist for all goats?

Goats love classical music, and they are avid fans of Baaaaa-ch.

15. What were the first words out of the mouth of a goat who woke up and found itself on a bus?

He simply said, “I honestly have no idea as to how I goat here.”

16. What do you call a cool goat who usually wears denim pants while going out?

You refer to him as Billy Jean King!

17. What is the main reason why the majority of the goats are all from the French musical choir?

The obvious reason is that they all have French horns!

18. What do you call a goat that is extremely lazy?

You simply call him Billy Idle!

19. How can you identify the history, generation, and family tree of a goat?

You can identify it if you look at the goat of arms!

20. While running toward the edge of the cliff, why did the mountain goat fall down over the edge?

It didn’t see the ewe turn!

21. What did the father goat say angrily when the little goat kept disturbing his important work?

22. What did one goat say to another goat in the midst of a quarrel?

“You can tell me whatever you want but then again, whatever goats your boat.”

23. What did one goat investigator say to the other goat while investigating a murder?

He said, “Let’s interrogate the suspects, I’m sure someone’s goat to give something out.”

24. What did the little goat say to his mother after cheating on the class test?

He said, “I shouldn’t have cheated for the test, now I feel baaaaaaaaa-d”.

25. What did the angry billy goat fans say when they saw their team losing in the soccer game?

One said, “Here we goat again, every day the same old drama.”

26. What did the goat say to the shopkeeper when he went to buy grass?

He said, “Hey, have you goat any grass?”

27. What do you call a goat that has a thick beard and always wears t-shirts?

You call him a goatee!

28. What do you call a goat that is an expert in mixed martial arts and jujitsu?

You refer to him as the Karate Kid!

29. What did the goat say in disbelief when he heard that he was not going to get his hard-earned promotion at work?

He shouted angrily at his manager, “You goat to be kidding me.” 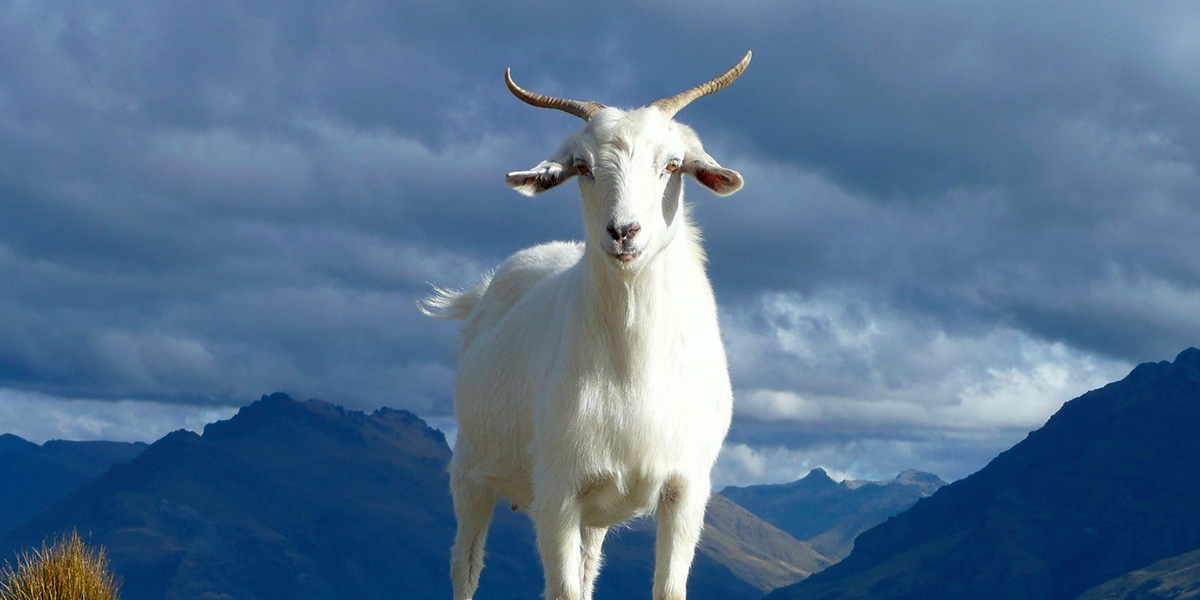 30. What do hairless goats want the most in their life?

31. What did the goat rapper say when he was asked to feature in a shampoo commercial?

He simply said, “Nope, I ain’t goat any time for such commercials.”

32. What do you call a goat that only lives off from the diet of office supplies?

You can say that the goat indeed does have a staple diet!

33. What did the teacher goat say to her class when she asked them a question?

She said, “What happened now? Why are you not answering my question? Did a cat goat your tongue?”

34. How did the elder goat advise the newly father goat to treat his child?

The elder goat said, “No matter what happens, learn to be patient with them as they are just kids.”

35. What is the first nursery rhyme that a little goat learns in primary school?

The little goats are taught the rhyme ‘Row, row, row your goat’.

36. What did the receptionist goat of the university say to the young goat who has come for his admission?

She said, “Are you sure you have applied for the right department? Hoof have you spoken to about this?”

37. What does a perplexed goat say when he finds that a huge amount of work gets added to a shortened deadline?

38. What happened when the goat wanted to ask for a holiday from his boss?

As his boss spoke continuously throughout the meeting, he could not goat a word in edgewise!

39. What did the little intelligent goat tell his mother when he reached home from school?

He said, “Look, mother, I goat full marks in mathematics.”

40. What did the father goat tell his son, who was running late for school?

He said, “Listen, kid, you are late, so you better goat moving now.”

41. What do you call a goat that has only one ear?

You simply call him a Van goat!

42. What did the vet tell me when he checked on my goat, who had a problem in bending his knees?

The vet said, “I think that is a kid knee disorder.”

43. What do you call a goat who is a lovely singer and piano player?

You simply call him Billy Joel!

44. What music was played at the wedding of an owl and a goat?

Apparently, they had hootenanny!

45. What do you call a goat that loves traveling across the world via sea?

You call him Sea Billy Ocean!

46. How does the husband goat lovingly call his wife?

He lovingly calls her baaaaae!

47. What do you call a goat that got the job of hosting the Oscars?

You just call him Billy Crystal!

48. What is the best way to behave around little baby goats?

49. What do you call a goat who married the Hollywood actress Angelina Jolie?

50. What kind of food does a goat eat when it is on a strict diet?

51. Which goat recently hit the no1 charts in pop music and also won the Grammys?

52. What did the man say as a complaint to the police when an angry goat came and headbutted him suddenly?

The man claimed that it was a ram-dom act of violence!

53. Which goat formed a rock band with his fellow friends and became a sensation in American with his band named ‘Green Day’?

54. What happened to the thief goats that wanted to rob the bank?

Though they tried running away, the police did goat hold of one of them though!

55. How do you call the best butter on the farm?

The best butter on the farm is the angriest goat!

56. How can you stop a goat from charging?

You stop a goat from charging by taking away its credit card!

Goat to get up to get down.

58. What did the coach goat say to the athlete goat when he was too tired to train the entire day?

The coach said, “If you want to compete and win the Olympic gold medal for goats, then you better goat used to these kinds of training”.

59. Which goat is often seen listening to country music all day long?

He definitely is Billy Ray Cyrus!

60. What did the goat exclaim when he tried the new peri peri fry for the first time?

He said that he couldn’t goat enough of the dish and wanted more and more!

61. While meeting Satan, what did Bill Murray say to him by looking directly in his eyes?

He simply said, “I am not afraid of goats”.

62. While playing rondo, what did one goat say to another?

The first goat teasingly said, “Do you want to get the ball? So come and goat it?”

63. What did the guy tell his friend when he was about to say a goat joke?

He said, “I could tell ewe, but it is very baaad”.

We hope that you have enjoyed our goat jokes list. Now, we would love to hear from you!

Did we miss your favorite goat puns and jokes?

If you goat some time, leave them in the comments below!