In order to create a little bit of confidence, start cooking with pasta. Pasta is phenomenal. Once you’ve cooked pasta properly for the first time, it becomes second nature.

And we agree with Gordon!

However, if you want to gain a bit of confidence at the dinner table, too, we have prepared 40+ best pasta puns that will make you the most interesting person in the room.

Let’s jump right into it! 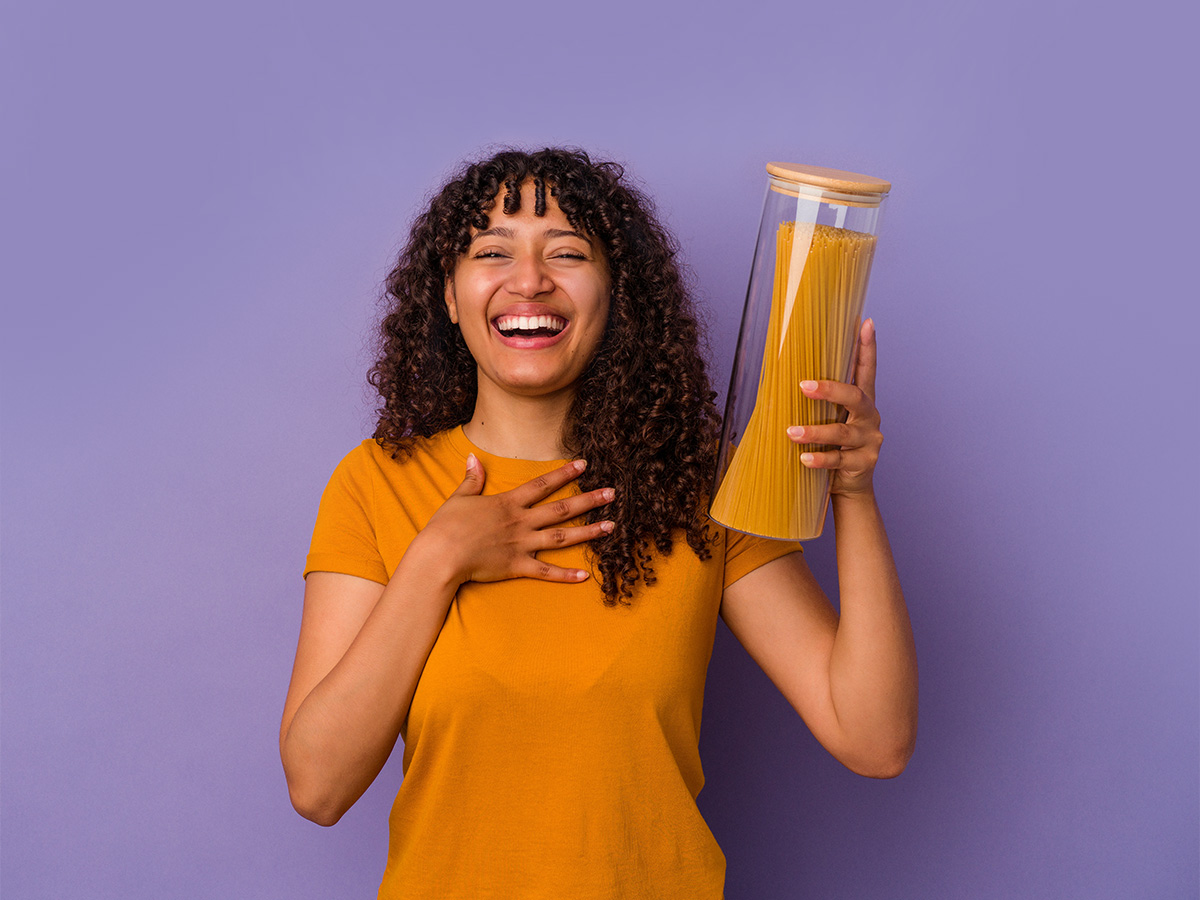 1. Why did everyone think the spaghetti was flirting?

It was just a little too saucy!

2. Do you know the Ghostbuster’s catchphrase in Italian?

I ain’t alfredo no ghost!

3. Why didn’t the fettuccine go out for Halloween?

It was too alfredo!

4. Did you hear about the Italian chef who died?

5. Why couldn’t the man lift all three tons of pasta sauce?

6. Why wouldn’t the woman eat at the pasta restaurant?

The food cost a pretty penne!

7. What’s the dress code at the past convention?

8. How much water should you use when you make pasta?

About a cup orzo!

10. Where does pasta go dancing?

11. What’s the most humorous kind of pasta?

12. How do you say goodbye to an Italian chef?

13. My wife thinks I’m an idiot because I’m building my own car out of spaghetti, macaroni, and fusilli.

She won’t be laughing when I drive pasta!

14. What kind of pasta grants wishes?

15. Why couldn’t the pasta maker get into his apartment?

Because he had gnocchi. 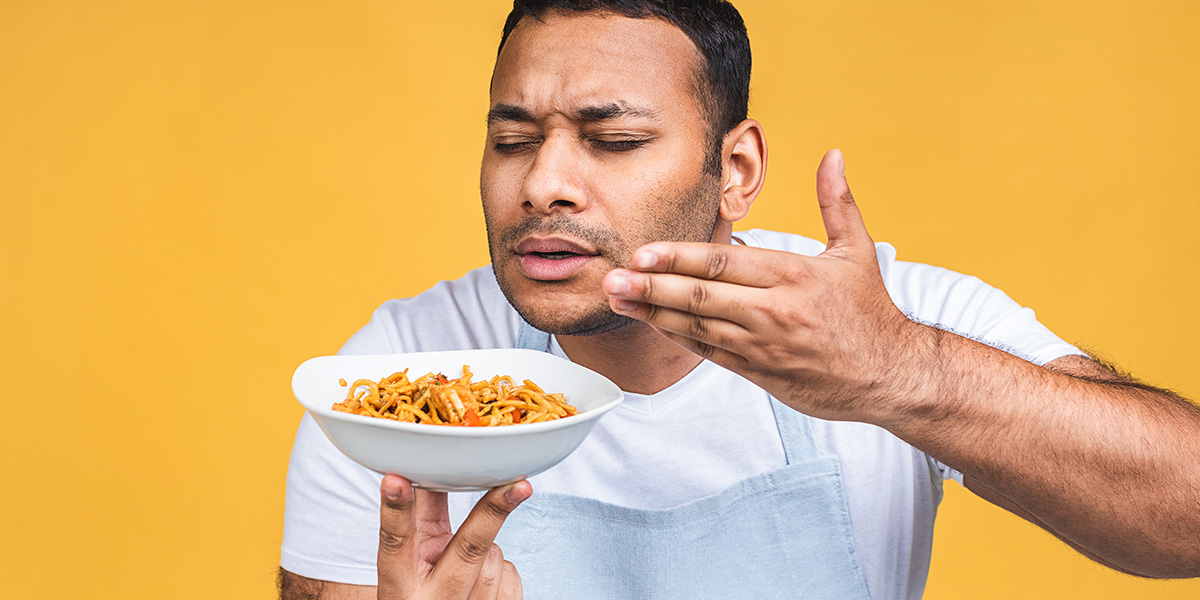 16. A pasta chef was caught stuffing the ballot boxes at a big Broadway awards show.

Apparently, he was trying to rig a Tony.

17. Mafia have boiled a man to death in an industrial pasta cooker.

Police are still trying to al dentefy the victim.

… you could say I had *penne* for their thoughts.

19. I have a medical condition where I’m allergic to only one type of pasta

You get the same pasta, but with a different sauce.

23. What do you call partially cooked pasta on fire?

24. What’s the difference between an unusual undercooked pasta and the easing of tensions between a famous parody artist and the singers he parodies?

One is a weird al dente, and the other is a “Weird Al” detente.

25. Tired of boiling water every time you make pasta?

Boil some at the beginning of the week and freeze it for later.

26. What do you call a magical pasta that grants you three wishes?

You should of seen the look on her face as I drove pasta.

28. I was choking on some alphabet pasta when a lady asked if I needed help.

She took the words right out of my mouth.

29. In an Italian restaurant, if you saved any amount of pipe-shaped pasta, you could take it home.

Each Penne saved was a penne earned.

30. What is Forest Gump’s favorite type of pasta? 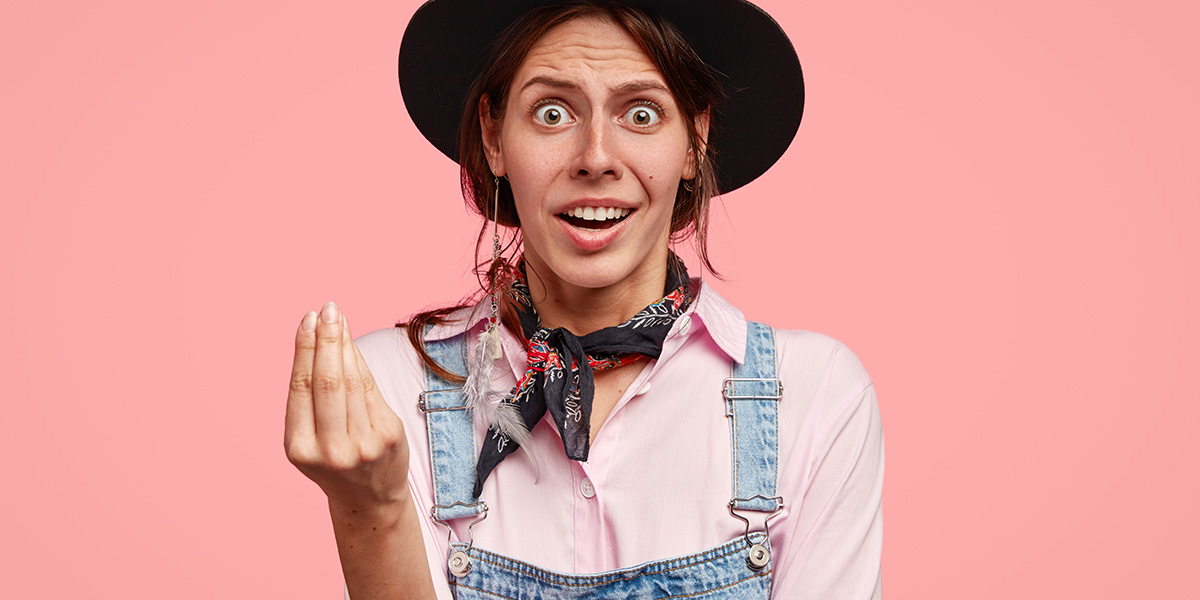 31. An Italian person asks a pregnant woman for some pasta sauce…

Prego prego, do you have any Prego?

32. Did you hear about the Italian man who died?

33. I saw a climate scientist eating pasta out of a pink leather bowl

He was eating carb on dyed ox hide.

34. What do you call the aspect of pasta that allows it to stab you?

35. What does pasta say when it’s done praying?

36. What kind of pasta should you NEVER put on your face?

37. Been fired from my job at the pasta factory

I made a fusilli mistake.

38. Did you hear about the man with a car made of pasta?.

He got in a crash, and now his car’s al dente.

39. My brother said his pasta tasted weak and brittle.

It seems to have a bad case of sauceteoporosis.

40. My flatmates said I wasted my money buying a kilo of pasta..

..but I say it was worth every Penne.

41. My girlfriend left me today because I have developed a pasta touching fetish.

I’ve been feeling Canneloni ever since.

42. Traveling through Italy, I spent hundreds of Euros on pasta.

It was worth every Penne.

They are straight until you get them wet.

What kind of pasta sticks to everything? Clinguine!

We hope these pasta puns have put a smile on your face.

We would love to hear your favorites as well.

Please tell them in the comments below!