What Type of Humor is ‘The Simpsons’? (Comedy Analysis)

Through brilliant writing, The Simpsons series not only makes the viewers laugh. It also makes them think.

But what type of humor is The Simpsons?

One of the world’s most popular animated series, The Simpsons, featuring characters such as Homer, Marge, and their children, Bart, Lisa, and Maggie, was first released in 1989, about 33 years ago.

The Simpsons have found their way to reach and win over the hearts of different audiences across the world. They are considered one of the favorite humoristic and satiric sitcoms.

If you belong to a group of people who have no idea who The Simpsons are nor what the show represents, let us give you a small lecture.

Namely, The Simpsons series follows the life of one middle-class family in the USA, in Springfield. The show concentrates on the ordinary, everyday lives of the main characters while seeing them face both ordinary and fictive problems.

Even though this is an animated cartoon series, many parents have forbidden their children to watch this show, as it contains some inappropriate jokes for a younger audience.

The deeper message behind this show is that it’s a satire of modern society and every aspect that creates today’s modern community.

So, if you would like to know what type of humor is represented in this cult show, The Simpsons, sit tight and allow us to give you brief descriptions and timeless example quotes from the show. 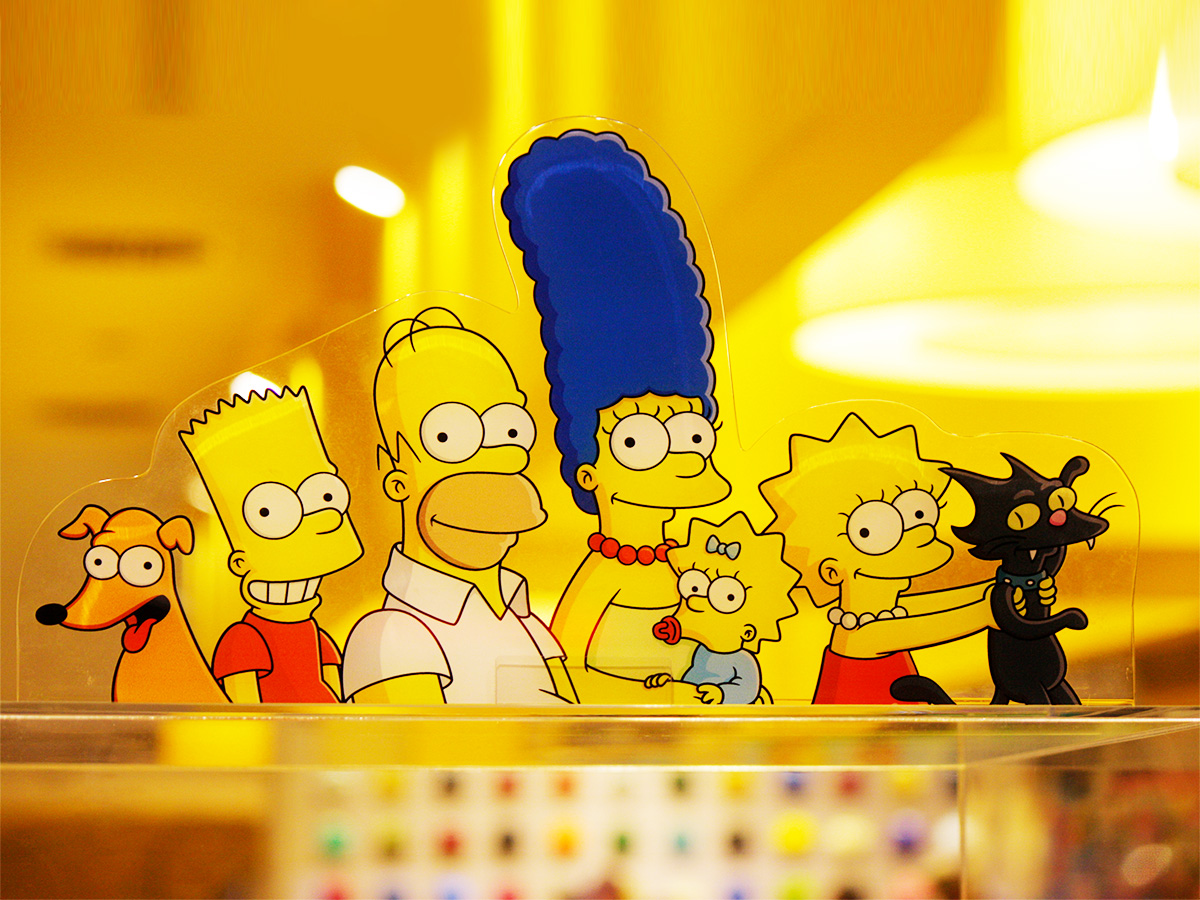 What Type of Humor is The Simpsons?

As mentioned earlier, The Simpsons is a satirical show which mainly mocks modern society and the way society faces problems. With that being said, every aspect of society is basically being made fun of throughout episodes. Each episode focuses on a new theme and, therefore, a new problem.

Before proceeding to the different types of humor found in this show, you should know that the show does use universal humor, as well.

This humor is intended for young children, teenagers, and adults too. However, some scenes in this series might not be appropriate for younger audiences. These include vulgar language scenes and inappropriate jokes. Although this series is a representation of a basic American town and origin, the humor used there is a mixture of different types of humor that everyone can understand. This is why this show is widely popular across the whole world.

So, the main four types of humor found in The Simpsons are:

In continuation, we will describe each of these four types while showing you some direct examples from the show.

The show satirizes most parts of everyday life. From family to religion and society, they are fulfilling the true meaning of satire.

The Simpsons are well known for indirectly criticizing society and the actions of particular characters. Of course, they do it through the use of jokes and humor.

One of the great examples is an indirect criticism of consumer culture. One of Homer’s characteristics is to eat donuts and drink beer, and we are used to him being that way.

On the other hand, during season 16, one of the episodes, titled “The Heartbroke Kid,” shows how Bart gets addicted to a new cola vending machine in school. He gets so fat that he breaks the couch and the concrete he walks on. At the end of the episode, he has a heart attack.

Of course, all of that is funnily presented to us. Still, it is, generally, a serious problem going on in our society.

Alongside society criticism, irony is one of the most used types of humor in The Simpsons. It is used as a way to convey messages.

If you are not familiar with the term “irony,” well, shortly, this can be a joke which carries a deeper meaning, a message with a critical aspect.

Word games can be often spotted throughout The Simpsons, as every character uses them. However, this type of humor is mainly manifested through Homer’s absurdity.

If you are a fan of the show, you surely know that Homer very often puts himself in embarrassing situations. Self-deprecating humor and slapstick comedy are really closely connected and are often represented at the same time as word games in this show.

Sarcasm also belongs to this group, as it’s used here as a lead tool for mockery and expression of cruelty between the characters.

Even though violence and violent behavior shouldn’t be a source of entertainment, this show makes people laugh using it. Namely, there are many violent scenes that could be caught while watching The Simpsons. Perhaps the most famous ones involve Homer strangling Bart while saying  Choke on your lies!

Perhaps dark humor jokes and violence are the main reasons parents don’t let their children watch The Simpsons. However, if you are an adult, these types of jokes can be quite funny. And The Simpsons show is full of them.

In fact, dark humor can be spotted throughout the episodes not only in the form of lines some character says but also as a headline in the newspaper or a text on a billboard. We have the perfect example for that, when one of the side characters is reading a newspaper, with the main headline that says -Today we remember Martin Luther King. Tomorrow we don’t.

For more great (and funny) examples, you can check this compilation of the best dark humor moments from the show:

So, we have seen that the combination of these four different types of humor is one of the causes of the worldwide success this series has received. As the show is very modern and follows current trends in the world, we can only assume that it will continue to be as popular in the years to come.

Now we want to hear what you think!

Do you think that The Simpsons sometimes overexaggerate with humor and inappropriate jokes? We would like to know who’s the funniest character in the show, according to your preferences.

Share your thoughts with us in the comments down below!