What is the Difference Between Comedy and Satire? (Explained)

The definitions of comedy and satire are often mixed up and overlapped in everyday life, even though there are significant differences between these two terms.

So, suppose you were wondering what is the difference between comedy and satire, and you would like it explained clearly. In that case, there’s no need to look any further – this article is for you!

Without further ado, let’s dive straight into it by defining each of the two! 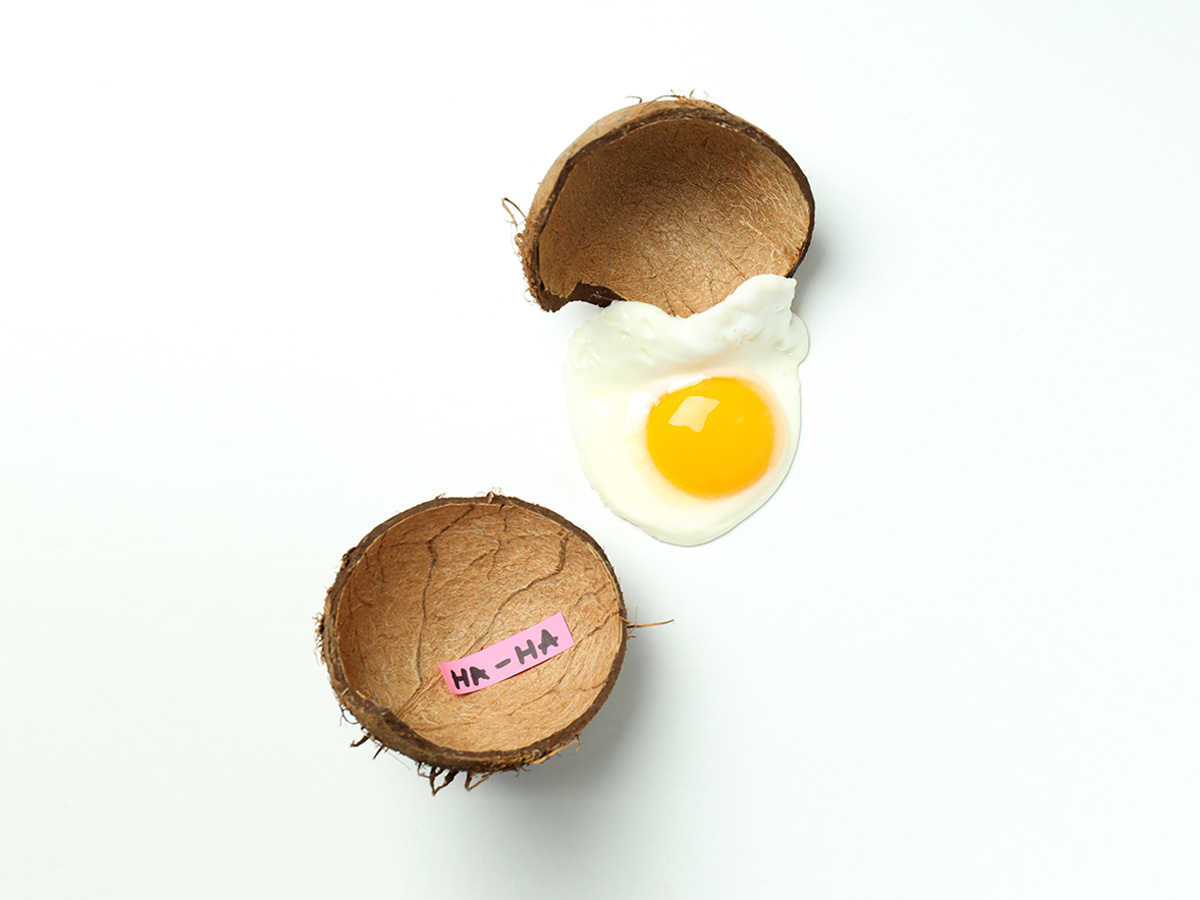 What is a Comedy?

Comedy is a literary work or performance with the main and most important goal of making the audience laugh.

It’s a very broad term that first and foremost includes all types of humor usually classified based on the technique that makes the audience laugh. A few examples of techniques comedy uses would be dark humor, irony, various parodies and anecdotes, witty one-liners and jokes, etc.

As we have already mentioned, there are multiple colors of humor. A common way of distinguishing between different kinds of comedy is to divide it into high and low comedy.

High comedy is a type of comedy with easily recognizable traits such as witty comebacks or clever criticism of social issues, for example. It’s also often tagged as humor with an additional, more meaningful purpose other than simply making the audience laugh.

For instance, satire is considered to be a type of high comedy, but we’ll discuss that in more depth later in the article.

Low comedy, on the other hand, is a type of comedy that’s often associated with easy jokes that only exist to entertain the audience, without too much thinking or deciphering its ulterior motive.

Because of that, low comedy is more mainstream in the media as a type of comedy since it reaches a broader audience with a higher chance of making them laugh.

Slapstick and farce humor are the best examples of low comedy. Slapstick humor, in particular, involves exaggerated actions of characters. Similar to that, farce humor is known for its overly absurd situations that are most unlikely to happen.

What is a Satire?

Satire is a form of comedy used as a way to critique people, institutions, or society as a whole, intending to point out their flaws and raise awareness for the greater good.

As you can see, it focuses on bringing light to a particular issue. Its main goal is not to merely make the audience laugh, contrary to what comedy is known for.

The perfect quote that summarizes satire as a form of comedy would be: 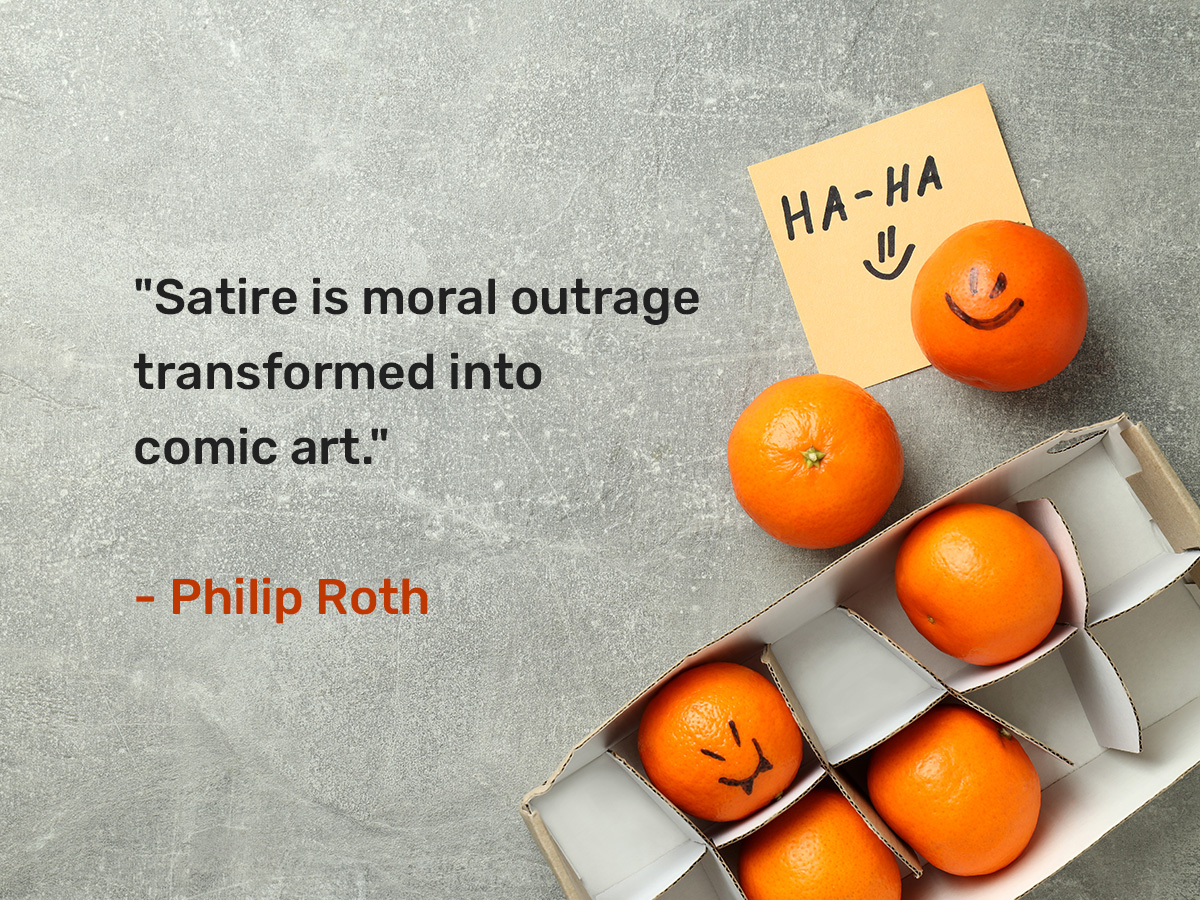 And unlike comedy, which is a very broad genre with many different techniques to make the audience laugh, satire uses a few easily distinguishable means.

The primary technique of satire is its prominent use of intelligent irony and witty wordplays to achieve its aim of exposing a specific issue in the world, all disguised under ridicule. Satirical work often includes biting humor that surprises the audience with how it mocks and criticizes the topic in a whip-smart way.

However, because of that, it is also very common to confuse the term satire with sarcasm and parody.

Is Satire The Same as Sarcasm & Parody?

Parody is a humorous imitation of either a particular person, something that happened, or even a form of entertainment such as movies, songs, or online videos. Its primary purpose is to make fun of the thing that’s imitating.

Likewise, sarcasm uses harsh irony while saying precisely the opposite of what was originally stated. Its purpose is to achieve a comedic effect and insult or mock the other person in question.

So what about satire?

Well, satire can use sarcasm and parody as a technique to ridicule and mock something. However, something to be considered a satire has to include criticism of follies and vices with a potential wish to make a difference in the world.

Satire vs Comedy – The Key Differences

Finally, let’s take a look at the questions we are all here for:

What is the difference between comedy and satire?

Simply put, this would be the answer:

Every satire is a comedy, while not all comedy is satire.

Once we dive deeper, we can say that they both serve a different purpose and have different end goals while being used.

Satire has an additional layer to it, by always criticizing a certain social problem with different techniques of humor such as wittiness and irony. It can be amusing to the audience, but it serves a larger purpose of pointing out specific flaws and social issues.

Comedy’s first goal is to make the audience laugh without necessarily having any other ulterior motive.

Still, both comedy and satire are significantly used in various forms of art, such as literature, film, television, and funny online content (we’re looking at you, memes!). 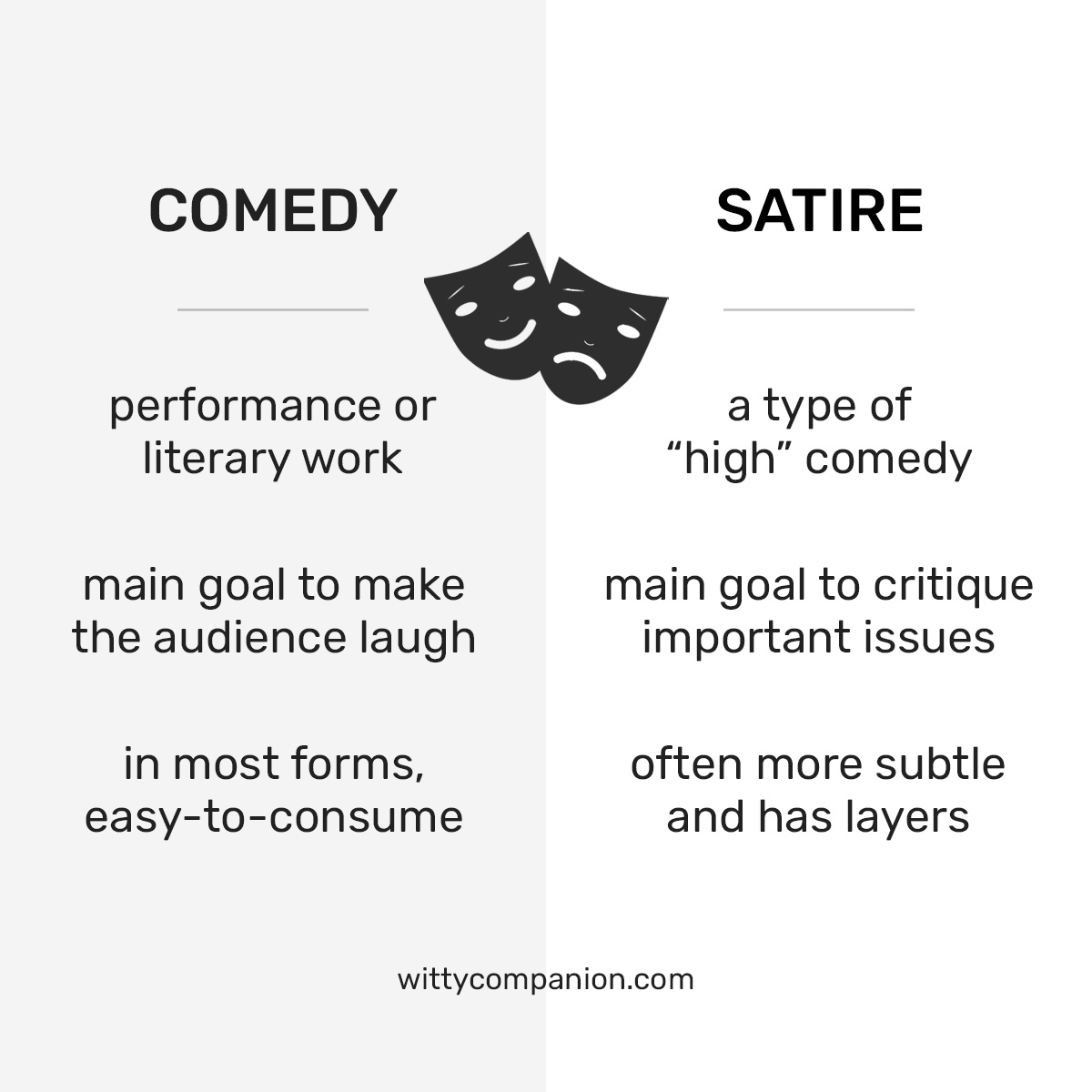 Examples of Comedy vs Satire

The perfect example of a comedy would be one of the most popular British sitcoms, Mr. Bean, which largely depends on physical humor, known as slapstick comedy. It’s a very lighthearted comedy, ready to instantly make everyone laugh with its fast-paced, humorous content every few minutes.

On the other hand, an example of satire in film and television would be a famous animated TV show, South Park. The main topic of various episodes is the subtle critique of many current social issues and events worldwide. Therefore, it ticks off everything a satire should include – from poking fun at political figures to covering many taboo subjects other sitcoms avoid.

Do you prefer various types of comedies that are easy to consume and will for sure make you laugh? Or do you prefer satirical entertainment, that’s full of criticism and many good subjects to debate about with your friends?

Feel free to share all of your thoughts and opinions in the comments down below!